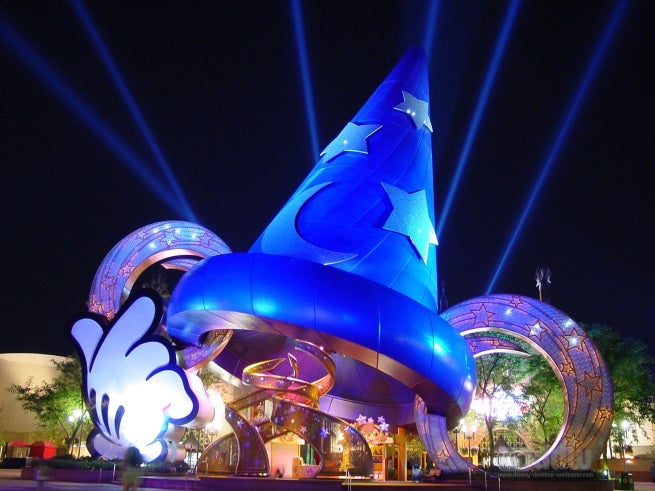 The hat was originally erected in 2001, as part of Disney’s 100 Years of Magic celebration. Here’s an excerpt from the message sent to park cast members about its removal:

“We will soon begin to re-imagine the park’s central hub by removing the sorcerer’s Hat in early 2015. As part of that change, the store located underneath the hat will be closing, a closing date will be shared as we get closer to it.”

In addition to being part of the anniversary celebration, the hat was also used to block the Chinese Theater façade of the Great Movie Ride after Disney lost the license.

The removal of the hat has been rumored for years, and is expected to occur as part of larger park renovations next year. The renovations will also see the removal of the Studio Backlot Tour and the Legend of Jack Sparrow. Unconfirmed rumors suggest that these attractions will be replaced with new ones related to Toy Story, Star Wars, and Cars.