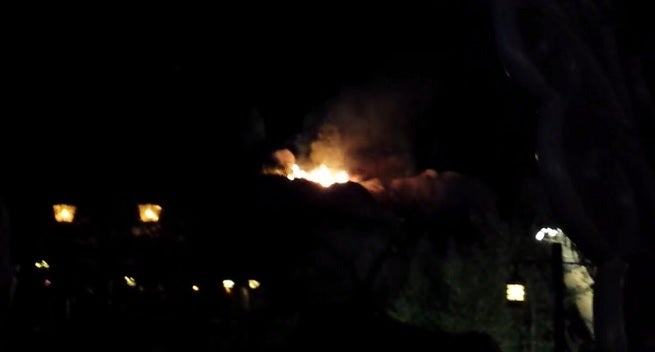 A small portion of the Seven Dwarfs Mine Train, an attraction that opened six months ago at Walt Disney World, caught fire on Saturday night, My Fox 8 reports.

The fire took place around 10:20 p.m. ET and was extinguished by 11 p.m. The ride was closed for an hour and reopened at midnight.

Guests riding the attraction were evacuated from the ride shortly after the fire ignited, and news of the blaze made it onto social media within minutes.

You can see a video and a better photo below.

Looks like a little fire on the Mine train. Thanks @_scottfisher_. Fire truck arrived and turned it off

A photo posted by