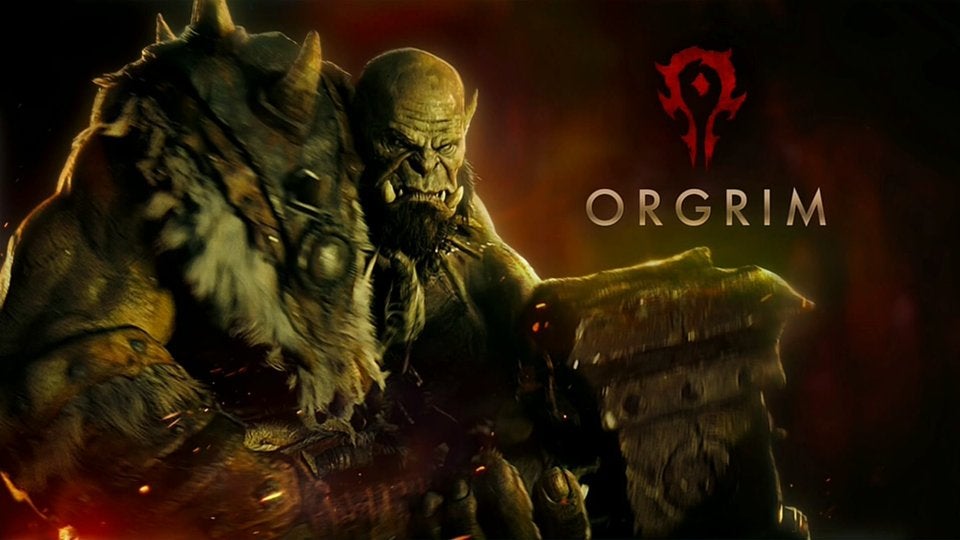 Legendary Pictures is livetweeting from BlizzCon 2014's Warcraft movie panel...and one of the most secretive projects in Hollywood has become a ton less secretive.

Above, you can see a teaser image featuring one of the fim's orcs; below, you can see the tweets that name a huge chunk of the cast, including The Flash's Clancy Brown and Marvel's Agent Carter's Dominic Cooper.

The orcs will be led by Orgrim, pictured above and played by Rob Kasinsky, who appeared at today's panel carrying Orgrim's giant doomhammer and performing motion capture for the audience. 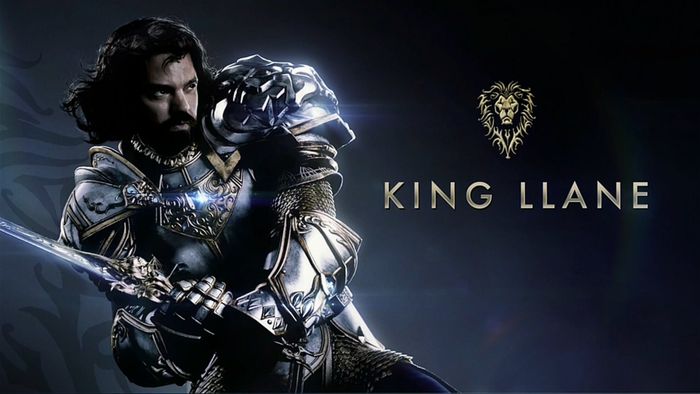 Until now the specific characters that the film’s principal cast are playing have been kept under wraps. Today the characters were announced, divided between ‘Alliance’ and ‘Horde’ – the two opposing armies recognized by Warcraft fans across the world.

The lead protagonist for the Alliance, Lothar is a war hero who has sacrificed everything to keep the people of Azeroth safe.

King Llane is the leader of the Alliance city of Stormwind and a beacon of hope to its people in a time of darkness.

Known as ‘the Guardian,’ Medivh is a mysterious and reclusive protector who wields formidable power.

Khadgar is a gifted young mage, embarking on a daring search for the truth.

Taria is the royal Queen of Stormwind, King Llane’s great love and most trusted counsel.

Caught between the Alliance and the Horde, Garona is a strong-willed survivor who must decide where her true loyalty lies.

The lead protagonist for the Horde, Durotan is the noble Chieftain of the Frostwolf Clan, battling to save his people and his family from extinction.

Orgrim is Durotan’s right hand and a brave warrior destined to wield the Doomhammer: a weapon of orc legend.

Known as ‘The Destroyer’, Blackhand is one of orc-kind’s most fearsome and titanic warchiefs.

Gul’dan is a supreme orc ruler, fueled by a dark magic that even he cannot control.

Our #WarcraftMovie panel at @BlizzCon is heralded by @nerdist and a collection of Alliance soldiers. pic.twitter.com/BM8pG8oTqj

.@ManMadeMoon takes on the challenge of making a movie that balances and emotionally represents two sides. #WarcraftMovie

#WarcraftMovie "The level of relationship we have w/ Legendary & @ManMadeMoon is unprecedented to condense an entire world." -@ChrisMetzen

For #WarcraftMovie @ManMadeMoon immersed himself in the fandom for the film to create "a living breathing universe".

Bill Westenhofer describes "the magic that happens" with the work @ILMVFX is doing for #WarcraftMovie. He also plays as Alliance! #Fandom

"I got to stand in the main streets of Stormwind. I had tears in my eyes!" @ChrisMetzen #WarcraftMovie

.@ChrisMetzen "To see this come together fried my circuits & emotions so hard. We're in good hands." #WarcraftMovie pic.twitter.com/twz2MTHW5u

"I played @Warcraft as a Mage so I had to teach Medivh and Khadgar how to cast spells!" - Bill Westenhofer #WarcraftMovie

I'll be taking over the @Legendary Twitter on Friday, any questions about #wacraftmovie @Warcraft, pitch them with #legendarytakeover tag.

We caught @RobertKazinsky backstage wielding the Doomhammer. Looks like @nerdist gave it a try too! #WarcraftMovie pic.twitter.com/rpQ3LYWGRJ

"I come from the same place as you guys. We're fans!" @RobertKazinsky on his excitement after seeing moments from #WarcraftMovie

Our #WarcraftMovie panelists are recording battle cheers from fans in the audience to be sound bites in the film. pic.twitter.com/X6GQUZddih

#WarcraftMovie's @RobertKazinsky is taking over our Twitter & Instagram starting at 3:30PM PST. Join the cause. #FightForTheHorde #BlizzCon

Warcraft is in theaters in March 2016.