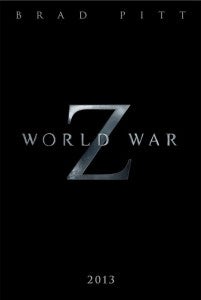 Unfortunately, when World War Z launched their official site, they did not initially give the exact release time. So if you’re like us and have been checking iTunes Movie Trailers every five minutes in hopes of seeing some zombie-killing action, we now have an official release time.

According to Paramount, the World War Z full trailer will be released on iTunes at 7 PM ET. Entertainment Tonight has also been promoting that they will be airing the World War Z trailer during their Thursday show, so the release time is likely being coordinated to make sure it arrives on TV and online around the same time. World War Z is scheduled to be released in theaters on June 21, 2013.