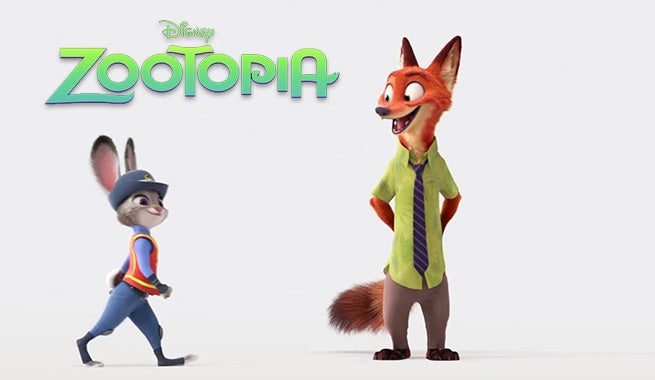 In the animal city of Zootopia, a fast-talking fox who's trying to make it big goes on the run when he's framed for a crime he didn't commit. Zootopia's top cop, a self-righteous rabbit, is hot on his tail, but when both become targets of a conspiracy, they're forced to team up and discover even natural enemies can become best friends.

Zootopia stars Ginnifer Goodwin (Once Upon A Time) and Jason Bateman (Horrible Bosses). Zootopia is slated for a March 4, 2016 release.