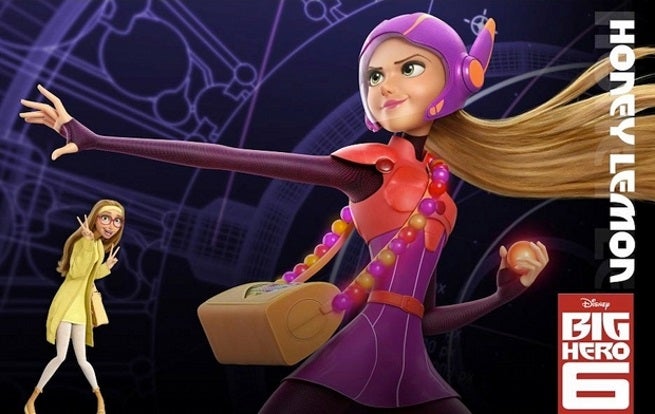 Big Hero 6 has been a huge success for Disney, both commercially and critically. The movie is the third highest grossing in Disney's history, and the film won the Academy Award for Best Animated Feature.

So could a sequel be far off? Genesis Rodriguez, who provided the voice of Honey Lemon in the film, suggests that the cogs might be starting to move in that direction.

Here's what she told Screen Rant:

There's rumblings of something else happening. I mean yesterday I just saw that it's the third most grossing Disney animated feature, so this is huge for them. I doubt that they wouldn't want to do another one. It was a huge success…But they are doing Frozen. So, who knows? Maybe they'll do something with Big Hero 6…It's a Marvel franchise that Disney adapted. Just like comic books, you could make it a complete different story and the superheroes reunited to attack someone else. So it's a perfect little setup they got for a sequel if they wanted to.

This is an interesting development, because when we spoke to Big Hero 6 producer Roy Conli just a few weeks ago, he suggested that conversations about a Big Hero 6 sequel were still months away from even starting:

It's funny, I'm asked more questions about sequels than we ever actually talk about it. Literally, we finished this film on October 13, and we have been around the world three times, releasing in different markets, and the guys are – we have our big Oscar celebration, and we're keeping our fingers crossed, and legs, and arms, and anything we can cross, we're crossing – and we're going to take a little vacation, and, probably sometime in June, we'll reconvene and talk about what's next.

In the meantime, Big Hero 6 is now available on Blu-ray and DVD.

Rumblings Of A Big Hero 6 Sequel According To Genesis Rodriguez