DC Films will be bringing Justice League to theaters in attempt to unite the DC Comics superheroes in one epic team film - but fans are still hungry for details about the film's plot, and which DC Comics characters may be appearing in it.

We recently posted about a Justice League LEGO tie-in set that revealed or confirmed rumored plot details from the movie - and in looking over the LEGO promo art, we spotted something that has may confirm a long-standing rumored plot point.

So, we're here to answer the question: What Are The Mother Boxes in Justice League?

The Mother Boxes are living computers created on the planet New Genesis, home of the New Gods. The Boxes are powerful beyond understanding, able to anything from teleport users all across the cosmos (through portals called "Boom Tubes"), to healing grave injuries, or generating/manipulating massive amounts of energy form The Source, i.e., the sentient consciousness of the DC Universe.

In the comics, Mother Boxes have been crucial tools and/or MacGuffins in many major storylines, often used by characters like Darkseid, ruler of Apokolips, or Metron and Mr. Miracle, members of the New Gods.

In DC Extended Universe, the Mother Boxes' origins have yet to be explained; yet we do know form background information and nice Easter egg appearance in Batman v Superman and the Justice League teaser trailer that they are a major part of the DCEU's history. In the movie continuity, there were three boxes brought to Earth in ancient times: 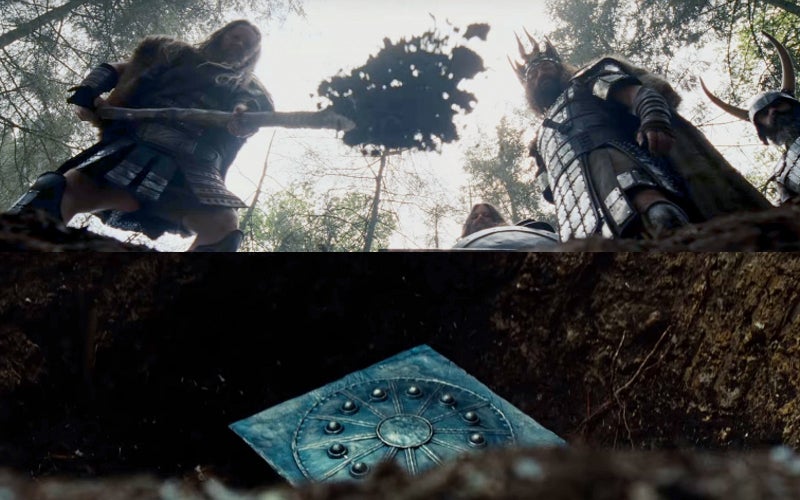 A major part of Justice League's story will revolve around Darkseid's general, Steppenwolf, coming to earth to (presumably collect) the Mother Boxes stationed there. And, form what we can see, there may be some big differences from the comics.

Different Mother Boxes in The DCEU

Check out the artwork on the LEGO Justice League set: There are three different Mother Boxes included in it, and they are distinguished by three distinct color schemes and (presumably) aesthetics.

The Mother Box that was given to mankind is presumably what we see here, in this battle sequence that was featured in the Justice League trailers, and takes place in the tunnel systems that connect Gotham City to Metropolis.

This Mother Box is gray, and is seemingly embroidered with the same design as the box we saw being buried in the Justice League Comic-Con trailer (see picture above).

The Atlantis Mother Box is clearly white, and presumably comes into play during the "Battle of Atlantis" sequence, where Aquaman must help his kingdom defend against Steppenwolf's forces.

One of the biggest sequences in the latest Justice League trailer is an epic battle between the parademon forces of Apokolips, and the Amazons of Themyscira. We've already speculated that this sequence could be an Easter egg flashback to a major DC Comics event, but it also has the makings of a final, third-act DC movie showdown .

Lending credit to the latter theory is this LEGO set, which not-so-subtly features Wonder Woman doing battle with Steppenwolf, who is holding a red Mother Box in his clutches.

Could this be the final stand, for possession of the final Earth Mother Box, held by the Amazons? We'll see!

In Justice League, fueled by his restored faith in humanity and inspired by Superman's selfless act, Bruce Wayne enlists the help of his newfound ally, Diana Prince, to face an even greater enemy. Together, Batman and Wonder Woman work quickly to find and recruit a team of metahumans to stand against this newly awakened threat. But despite the formation of this unprecedented league of heroes—Batman, Wonder Woman, Aquaman, Cyborg and The Flash—it may already be too late to save the planet from an assault of catastrophic proportions.

Justice League: What Are the Different DCEU Mother Boxes?

"The Real Batman" Will Reportedly Appear in HBO Max Batgirl