Man of Steel continues to be one of the more divisive movies in recent history, and its legacy has pretty much spread across the entire DCEU, giving films like Batman v Superman and Suicide Squad uphill battles before they even hit theaters.

One of the more outspoken voices about working in the DC Extended Universe is actor Michael Shannon, who played General Zod in Man of Steel, and had his corpse show up in Batman v Superman as well. In a recent panel with Star Wars: The Force Awakens star Adam Driver, Shannon talked about making blockbuster movies with socially relevant messages, and how Man of Steel fits into that paradigm.

According to Shannon, "I looked at 'Man of Steel' as a very socially relevant movie, not necessarily a comic-book movie. Here's a story about some people, a civilization. They lived on a planet and used up all the resources and destroyed the planet, and they thought the way to solve the problem was just to go get another planet. You hear people bandying that idea around these parts from time to time." 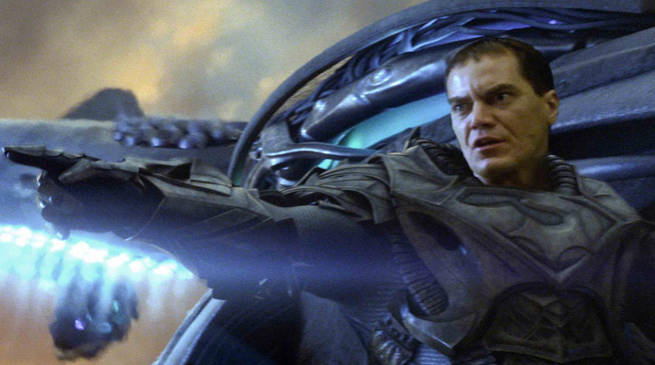 The idea of humanity relocating to another planet may not be what some qualify as "socially relevant" in our current days and times, but it's definitely something that sci-fi, in particular, has used as a delivery system for socially resonate messages and themes.

As for Man of Steel, fans of the film have done a great job disseccting it to discover many socially relevant messages, ranging from xenophobia and immigration to deeper ideas of nationalism and identity. That's testament to the level of thought Zack Snyder and Co. put into the modern age Superman reboot; even though just as many people hate the film for its dour tone and aesthetic.

James Gunn Teases Possible Cameos From The Suicide Squad Stars in Guardians of the Galaxy Vol. 3