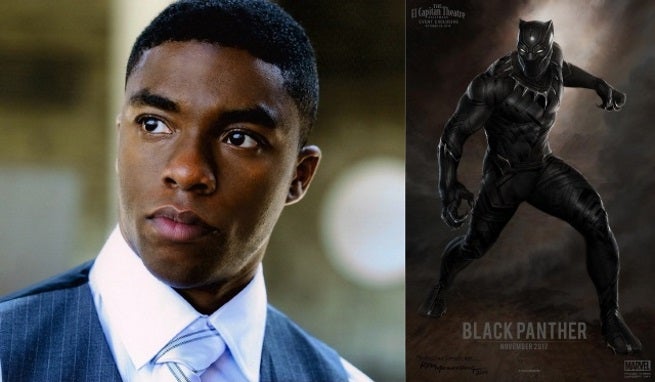 We're still two weeks away from Avengers: Age of Ultron but fans are already looking forward to what is coming next. With rumors of so many different characters appearing in upcoming feature films, one thing is for sure - the Black Panther is one of them. But where will the King of Wakanda show up? Why Captain America: Civil War of course!

While on the red carpet for the premiere of Avengers: Age Of Ultron, Chadwick Boseman revealed some great little tidbits on how he's getting into the mind of T'Challa and what he thinks of the Ernie Hudson rumors. You can check it out in the video below.

Now as far as we know, T'Challa is just being introduced in the third Captain America film, so how much of a role he'll play is anyone's guess. To know he's digging into the comics and some real life history is sure to delight a ton of fans.

So what say you ComicBook.com readers? Are you excited to see Boseman portray the Black Panther? Let us know below!