On the official website for Subway's Guardians of the Galaxy campaign, there's a logo that's of some interest.

You can see it below and at right, and it appears to be the merger of the Guardians of the Galaxy's default logo (above) and that of the Nova Corps.

In trailers for the film, the group appears to be in the custody of the Nova Corps at some point early on; they also appear to escape custody or be freed, and from there they are trusted (if you can call it that) to save the world.

Apparently, if this logo is any indication, on behalf of the Nova Corps.

Rumors have been circulating for quite some time that Richard Rider or one of the other Novas of Earth might show up for a cameo. Having the Guardians deputized by the Nova Corps seems to be an easy way to sneak that into a post-credits tease without feeling out of place.

Sadly,  this appears to be the largest available version of the merged Guardians/Nova seal. It will likely not be for long. 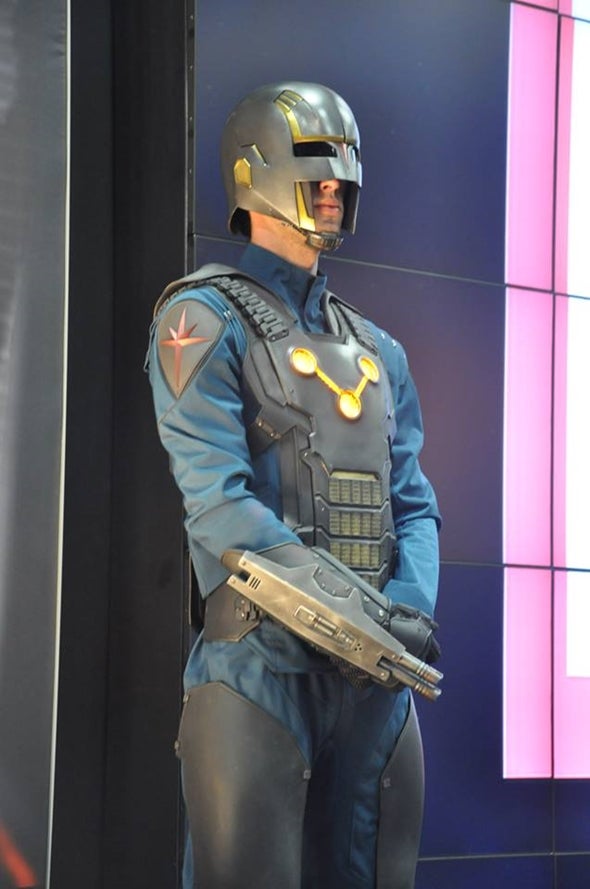 You can see a Nova Corpsman at left, with his logo visible. The Guardians logo seen above seems to be a stylized version of the emblem Star-Lord has worn on his costume for much of his existence in the comics (he doesn't wear that costume in the movie, or in the current comics, which are much more in keeping with the film).

Considering we know the groups have some kind of peacekeeping relationship, this is arguably not surprising, but th integration of the two logos suggests some kind of longer-term, formalized relationship and one has to wonder whether Subway may have released a piece of art that will be used only in the third act of the film...

...or possibly just on licensing and merchandising.

Thor: Love And Thunder Revealed To Include Role From Penny Dreadful Star