We've learned that Marvel is bringing The Inhumans to their own TV series, along with details like the characters involved in the show, and the episode rollout plans. One thing that has yet to be revealed is the showrunner (or showrunners) for Inhumans; however, looking back over Marvel TV headlines of the last year, we have to wonder: Could Inhumans be the secret project that Oscar-winning writer John Ridley (12 Years a Slave, American Crime) was working on for Marvel?

For those with short memories: Ridley was working on a secret Marvel TV project that was said to "revolve around the reinvention of an existing Marvel superhero character or property for ABC." That was such a wide range of possibility that fans never could nail down exact speculation on what the show might be. The most likely suspect was a possible Agents of SHIELD spinoff; however, when the proposed Marvel's Most Wanted spinoff was announced (featuring SHIELD characters Hunter and Mockingbird), Ridley's name was nowhere on it. Though Most Wanted died in development, it seemed Ridley was still cooking something up.

Since the end of 2015, there's been little to no word on where Ridley might be with the project, or what it is - then The Inhumans TV series announcement came out of nowhere, even after Marvel Studios head Kevin Feige was only recently teasing the film's potential inclusion in Phase 4. So, with Ridley having been working on reinventing a property for ABC and Marvel, and Inhumans being the next project announced from ABC/Marvel, it doesn't take a Sherlock Holmes deduction to figure out. 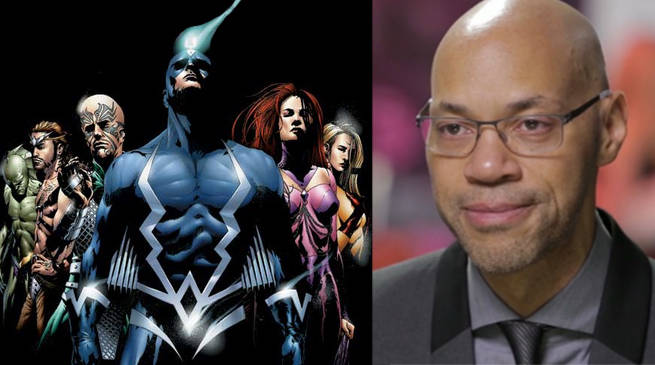 The other piece of evidence is Ridley himself. Fans heard the American Crime and 12 Years a Slave writer was joining forces with Marvel and thought, "Why him?" It's a fair question, given Ridley's recent paths to success - but it makes so much more sense when you imagine that the project was Inhumans.

The Inhuman royal family is a Shakespearean drama in itself, while the MCU has clearly made the characters and their species the surrogates for mutants and the X-Men comics' themes of persecution and prejudice. Given how Ridley has delved into these themes heavily in his recent work, it seems like he would be well-suited to fashioning a timely and relevant story of having proud and powerful "Others" tying to find place in an increasingly divisive and violent human world.

Again: We have NO CONFIRMATION that Ridley is the person handling Inhumans, but it seems like the breadcrumbs are there. Do you think he will be announced as showrunner? And are the story and thematic angles proposed above interesting to you?

Let us know your reaction in the comments or @ComicBookNOW or @KofiOutlaw!

Agents of SHIELD will return on November 29th @ 10/9c on ABC. Daredevil, Jessica Jones and Luke Cage are also available on Netflix.