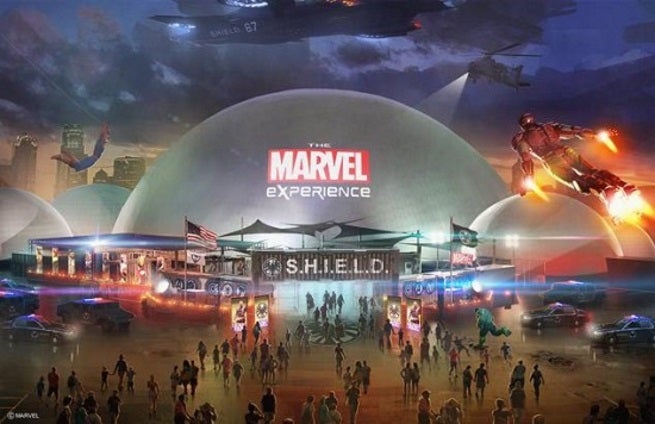 Hero Ventures has announced that award-winning director Jerry Rees will be leading the creative team on The Marvel Experience.

Rees is responsible for directing a record-setting 16 Disney Theme Park attractions in California, Hong Kong, Florida and Paris, including winning THEA Awards for Cinemagique for 'Best Attraction', as well as Animation Magic, Disney's new cruise ship attraction which won for 'Most Innovative Use of Technology.'

With plans to launch later in 2014, The Marvel Experience is a next-generation event that seeks to immerse visitors in an entertainment experience, with one original narrative tying everything together from start to finish. The story will unfold via a series of state-of-the-art multimedia technologies and interactive elements, including a 4-D motion ride, original 3-D animated features and the only commercially available Stereoscopic 360-degree full Dome projection extravaganza.

"Hero Ventures was looking for the impossible as we searched for someone to take all of the amazingly unique elements that we developed with Marvel to bring everything to life in this first-of-its-kind production.  Thankfully, Jerry Rees brought a lifetime of creativity to the table and took The Marvel Experience to places well beyond our imagination," said Rick Licht, Hero Ventures' CEO.

"'Firsts' have always energized me…and collaborating with like-minded, pioneering souls over the years to uncover new firsts has always been a joy," says Jerry Rees.  "This visionary project will add more firsts to the list, merging new-media immediacy, immersion and connectivity with a powerfully engaging spectacle. Hero Ventures' choice of the iconic Marvel IP as the emotional engine and their use of a movable, multi-Dome venue to involve new audiences is inspired. The Marvel Experience will be a shining beacon on the emerging next-gen entertainment horizon and I'm honored to be a part of the project."

"We couldn't be more excited about our collaboration with such a multi-talented and accomplished group, merging feature-film quality animated content with Hall of Fame quality scenic/sets in this never-before-seen production," says Hero Ventures' COO Doug Schaer. "We expect The Marvel Experience will absolutely redefine entertainment as we know it."