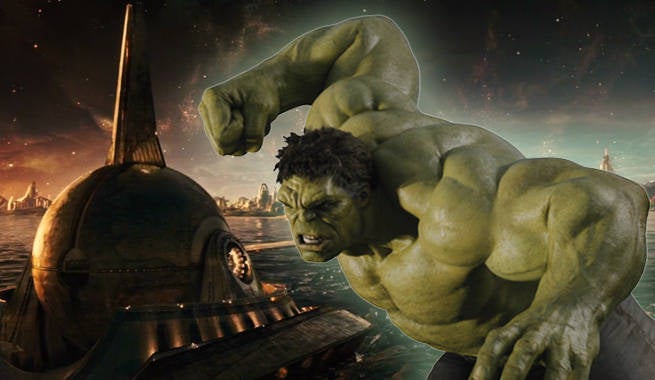 Mark Ruffalo is all Hulk-ed out.

The actor has officially wrapped his role in the upcoming Thor: Ragnarok film, over a year ahead of its release. The movie itself still has a lot of work ahead. Ragnarok is only a few weeks into what will surely be months of production but the big green guy is all set to head back to the states (or Earth, if he's ready).

Waititi and "Ruffles" on the set of #Thor3 last day. Had such a great good fun time making this movie. Thanks @taikawaititi @chrishemsworth , @tessamaethompson @marvel for the love and the laughs.

The wrap doesn't come without a good bit of fun and other photos from the set, though. Ruffalo has been living it up on the Australian set with director Taika Waititi, his big green counterpart, and the rest of the gang.

#Thor3 On set behind the scenes. @chrishemsworth

In the third installment of the Thor franchise, Ruffalo's Hulk heads to the cosmos to join Hemsworth's Thor and an impressive cast of co-stars. Returning to the Marvel Cinematic Universe is Tom Hiddleston, but joining for the first time are Jeff Goldblum, Cate Blanchett, and Karl Urban.

Werewolf By Night: What Is the Bloodstone?