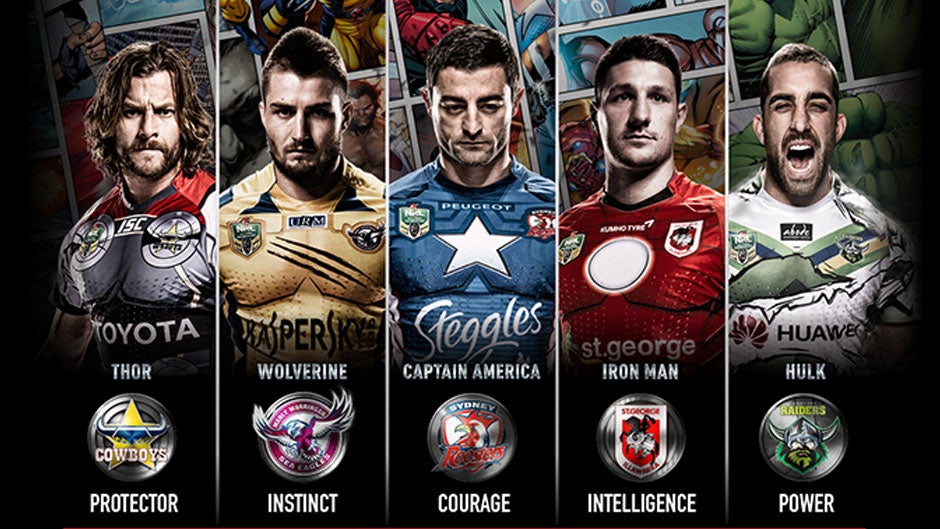 Move over, X-O Manowar and the U.S. Luge Team! Marvel Comics have inked a deal with the Australian National Rugby League to cross-brand over this weekend.

Five NRL teams will be wearing exclusive kits inspired by Marvel characters as they battle it out as part of the ISC|Marvel Heroes round! They're describing the event as a world-first collaboration played over one blockbuster weekend (August 1 – 3).

• Canberra Raiders as the Hulk.

Check out all the action via your local cable provider.