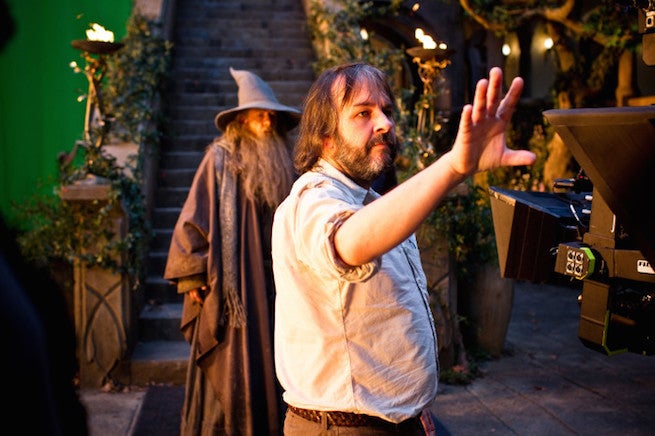 Jackson's final installment of The Hobbit trilogy, The Battle of the Five Armies, opened in theaters this week. In an interview with Movie Fone, the New Zealander discussed what's ahead for him and shared his thoughts on the Hollywood landscape.

"I don't really like the Hollywood blockbuster bandwagon that exists right now," Jackson said. "The industry and the advent of all the technology, has kind of lost its way. It's become very franchise driven and superhero driven. I've never read a comic book in my life so I'm immediately at a disadvantage and I have no interest in that. So now it's time for us to step back. We're heading towards something of that scale."

Ironically, the director has been at the helm of one of the most lucrative and popular franchises in Hollywood. Jackson has directed every film from the Lord of the Rings prequel as well as The Hobbit movies. In the 14-year span of the six films, Jackson has not only become synonymous with J.R.R. Tolkien but grand fantasy epics cinema as well.

The director says he's looking forward to returning to New Zealand and to work on smaller independent projects.

The Hobbit: The Battle of the Five Armies is in theaters now.