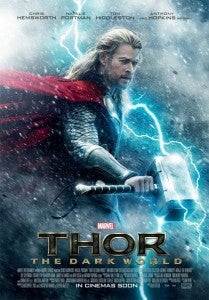 Composer Carter Burwell removed references to Thor: The Dark World from his personal website this weekend, setting off a round of Internet speculation that he would not end up scoring the Asgardian sequel. No formal comment has been forthcoming from either Burwell or Marvel as of now, but reliable industry trade site Deadline is now reporting that, yes, Burwell and Marvel have parted ways. "[Marvel] like him but it wasn't the right project," a studio insider said. The studio is reportedly "close to announcing" a replacement. Rumors over the weekend made the situation sound rather dire, as though director Alan Taylor was also embattled with the studio, but nothing Deadline got suggests there's any credibility to those claims. Burwell, who would have succeeded Thor composer Patrick Doyle in the franchise, is scoring Bill Condon's WikiLeaks drama The Fifth Estate and Charlie Kaufman's Anomalisa.