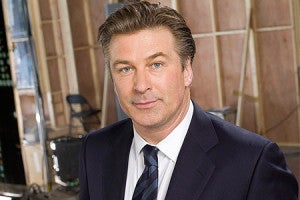 Alec Baldwin, whose wife is currently pregnant, revealed on The Howard Stern Show that he turned down two roles he had wanted to play this summer, one of which was as a villain in a Marvel Comics adaptation, in order to be with her. Comic Book Movie quotes the 30 Rock star as telling Stern, "I have [been offered a comic book villain role], but I won't mention which one. I don't want to undo somebody because they hired someone else to do it. But they asked me to play a villain in one of these Marvel Comics movies." He added that "I wasn't available, they wanted me to work a certain time. And because of my wife's pregnancy, I had to turn down two films this summer that I wanted to do." Given the "timeframe, it seems likely that the role was in either Captain America: The Winter Soldier (Redford's role, maybe?), Guardians of the Galaxy (del Toro's?) or the latest X-Men or Amazing Spider-Man installments. Of the four, Guardians seems like a bit of a stretch for him (although it's certainly the one that would interfere the most with his wife's third trimester) while Captain America seems the best fit. Still, his particular brand of mustache-twirling businessman could be found in Amazing Spider-Man 2 or X-Men: Days of Future Past, considering what little we know about the villains for those films so far. If he really wanted to take the role, though, it seems likely that Amazing Spider-Man 2 can be counted out, since he would have been finished shooting by now.