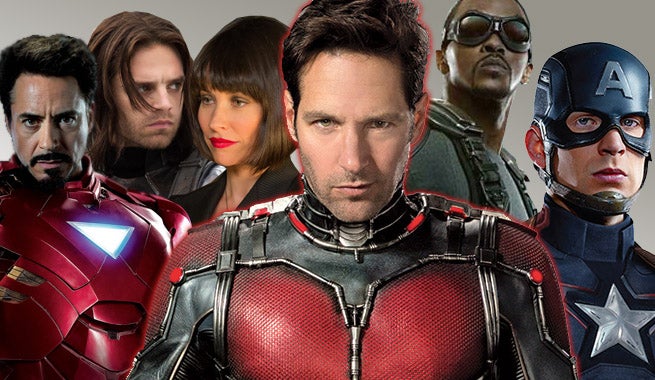 Those of us who have had the pleasure of watching Marvel's latest super hero adventure, Ant-Man, know there is not only one post credits scene in the film, but two.

Be warned, spoilers follow for those scenes if you have not yet sat through all 115 glorious minutes of Ant-Man.

In the first credits scene, Hank Pym shows his daughter, Hope, to a secret room. When the doors open, he reveals a suit similar to that of his fallen wife's, better known to comic fans as The Wasp suit. With their daddy-daughter beef seemingly resolved by the end of Ant-Man, Pym opens up to Hope. He says he came to the realization, "We were working on it… For you."

What does this mean? Probably that Hope will become The Wasp in the Marvel Cinematic Universe which is a very welcome addition to our already established roster of heroes. She'll join Black Widow and Gamora as the number of female heroes on-screen continues to grow. When will she next appear? That's anybody's guess. One would assume she won't be in Captain America: Civil War, seeing as the character is hardly established and Evangeline Lilly is visibly pregnant, but that didn't stop Scarlet Johansson in Age of Ultron, so we'll have to wait and see.

As for the second scene, the true post credits scene, we finally got our first look at Civil War. In a shocking moment, Steve Rogers and Sam Wilson are revealed to have found Bucky Barnes following their dispute in Captain America: The Winter Soldier and locked him in a warehouse. They want help but "the accords," won't let Tony Stark help them according to Rogers. "We're on our own," is his ultimate conclusion." They may not be, though. Wilson says, "I know a guy," before the screen goes black to read "Ant-Man Will Return."

What are the accords? Well, here's what's going down in Civil War… The United States government enacts a Registration Act forcing all super heroes to register under their real identities and act only with the governments permission following the events of Avengers: Age of Ultron. Tony Stark is for the Registration Act, Captain America is not, and alliances are drawn. The accords line means that Stark is playing along with the government and won't be able to help Rogers and Wilson with whatever it is exactly they have going on with old friend Bucky.

Then, there's the "I know a guy," line. Based on Ant-Man's ending, where Luis describes Falcon's hunt for Scott Lang, it would seem to indicate Falcon knows Scott Lang and Lang can help them with their issues. Apparently, those issues involve staying under the radar and Ant-Man is practically invisible, so he's probably that guy.