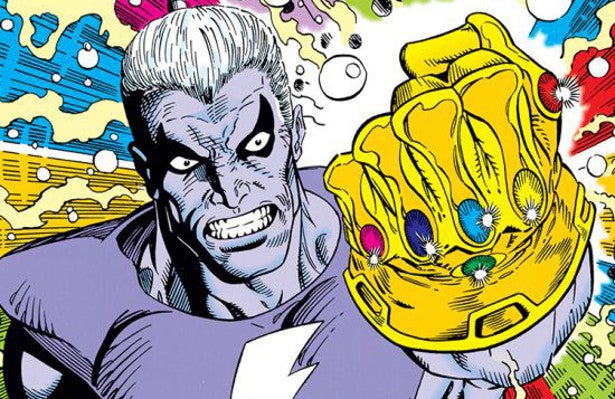 The casting website Acting Auditions (via Spoiler TV) claims that the forthcoming third installment in Marvel's Avengers franchise, Infinity War, Part I, is casting for The Magus.

The character, a dark reflection of hero Adam Warlock, played a key role in a number of stories revolving around the Infinity Gauntlet, the powerful cosmic artifact sought by Thanos in Guardians of the Galaxy and Avengers: Age of Ultron.

It's not totally clear whether this casting call is genuine or, if it is, whether the same actor would play both Adam Warlock and the Magus, who are aspects of the same person but physically look different.

Avengers: Infinity War Part One will be directed by Joe and Anthony Russo and is expected in theaters in May 2018. Keep track of all the upcoming comic book movie releases right here.

Avengers: Infinity War Part I Rumored To Be Casting For Magus

Batman Beyond: Catwoman Could Have Returned in DC's Cancelled Michael Keaton Movie