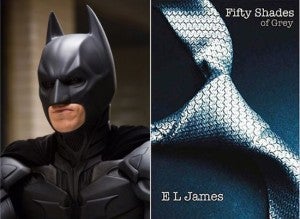 When Warner Bros. announced that Ben Affleck had been cast as Batman, an interesting thing happened. Some fans revolted and turned to the Internet to start petitions demanding that Warner Bros. remove Ben Affleck as Batman. In fact, one of the more popular petitions to remove Ben Affleck has reached over 90,000 signatures. When it was announced that Charlie Hunnam and Dakota Johnson had been cast in the lead roles in 50 Shades Of Grey, once again fans revolted. Nothing necessarily against the two actors that were cast, but fans just had another actor and actress in mind for the parts. In fact, a petition to have Matt Bomer and Alexis Bledel cast as Christian Grey and Anastasia Steele has reached over 40,000 signatures. So what should studios do when faced with a fan revolt over casting? Considering the huge budgets that go into making most Hollywood movies, should studios consider re-casting when their casting choices prove unpopular with fans? Or should they stick to their guns regardless of what the public says? There could be a strong argument made both ways. There have been some horrible casting decisions made in movies in the past, where it would probably have been a good thing for studios to listen to fans. However, if studios always listened to fans, then the world would likely have never seen Heath Ledger's mesmerizing performance as The Joker. Once a decision has been made and contracts have been signed, it would also likely prove to be a costly decision for a studio to cave into fan demand and re-cast a role. However, should studios seek input from fans before casting decisions are ever made? We're surprised that no studio has actually done this yet, but what if a studio actually allowed fans to vote in a poll to cast key roles in one of their upcoming movies? Would a fan-casted movie turn out to be better than a movie cast by Hollywood executives? At the very least, it would be an interesting gimmick for a studio to allow fans to cast one of their movies. And if the movie turned out to be bad, then the studio could legitimately blame the fans.

Batman & 50 Shades Of Grey Petitions: Should Fans Cast The Movies?