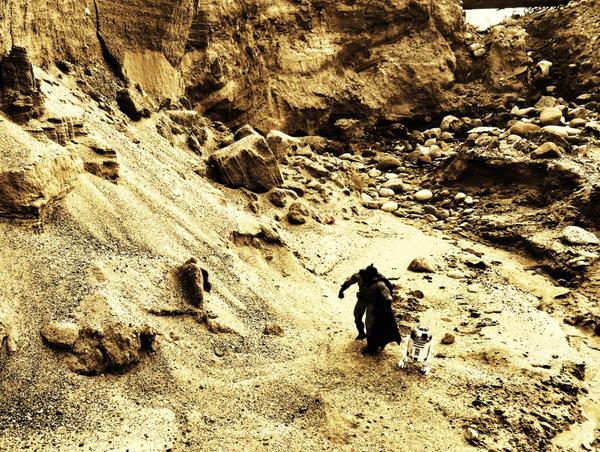 Batman and R2-D2 are making their way across a barren landscape in a new "crossover" image tweeted by Batman V Superman: Dawn of Justice director Zack Snyder today.

It's the third such image; first, Snyder tweeted an image of Henry Cavill as a Kryptonian Jedi, followed by a tweet back from Bad Robot (the production company of Star Wars Episode VII director J.J. Abrams) depicting Episode VII actor John Boyega as Batman (with Han Solo's blaster from Star Wars).

At one point, Snyder was reportedly in talks to direct a Star Wars spinoff film. Snyder denied it but if those talks were ever real, any plans to do so were put on hold when he inked a deal to direct Justice League after Batman V Superman: Dawn of Justice is completed.