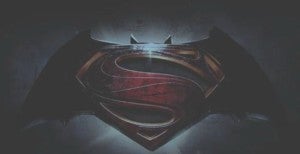 It might be the most popular fan-made movie trailer of all time. A fan-made trailer for Man Of Steel 2 (also known as either Batman Vs. Superman or Superman Vs. Batman) has racked up an amazing 500,000 views. Most importantly, the trailer seems to be winning fans over to Ben Affleck as Batman, as well as perhaps solidifying the Lex Luthor role for Bryan Cranston (assuming he doesn't already have it.) The fan-made trailer features Henry Cavill as Clark Kent, Amy Adams as Lois Lane, Laurence Fishburne as Perry White, Ben Affleck as Bruce Wayne, Jeremy Irons as Alfred Pennyworth, and Bryan Cranston as Lex Luthor. The footage comes from several movies and TV shows, ranging from Man Of Steel to Daredevil to Breaking Bad. It also includes music from Hans Zimmer, including I Will Find Him and Arcade.