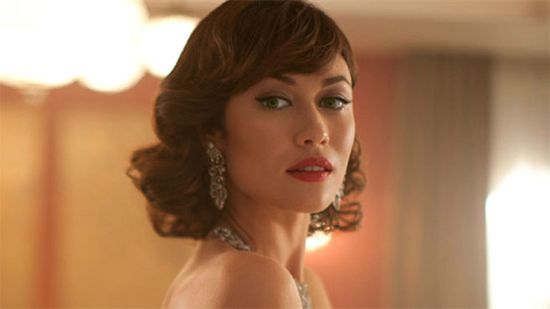 According to a report on Schmoes Know, Olga Kurylenko is testing for the Wonder Woman role. The site credits this information to a very reliable source, and they've broken several movie scoops recently, so they have a reason to call their source very reliable. Olga Kurylenko is a Ukrainian-born actress and model. She's appeared in a number of TV shows and movies. She appeared as Julia in Tom Cruise's Oblivion. She's perhaps best known for her role as Vera Evans in the TV series Magic City. While testing for a role is quite a bit removed from actually landing the role, the news is interesting because if accurate it confirms the long-standing rumor that Wonder Woman will appear in Batman Vs. Superman. Recent rumors have also suggested that Jaimie Alexander has talked to Warner Bros. about the Wonder Woman role as well. Batman Vs Superman is scheduled to be released in movie theaters on July 17, 2015.

Batman Vs. Superman: Olga Kurylenko Rumored To Be Testing For Wonder Woman Role