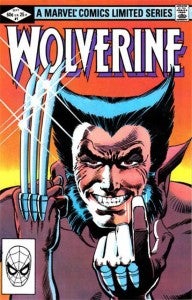 In an interview in Entertainment Weekly about The Wolverine, Hugh Jackman reveals a rather interesting tidbit of information about director Bryan Singer. Back when Singer was shooting the first X-Men movie in 1999, comic book movies weren't the box office juggernaut that they are today. In fact, Bryan Singer took the unusual move of actually banning comic books from the set, because he didn't want his actors to be wrongly influenced by focusing on the comic stories rather than the movie script. However, Singer's ban on comic books resulted in them actually being everywhere on the set. Jackman said, "Through the trailer door would come comics." It was during this very first X-Men movie that Jackman read Chris Claremont and Frank Miller's Wolverine limited series from 1982. After reading that take on the Wolverine, Jackman decided he wanted to make a Wolverine movie like that some day. The Wolverine is scheduled to be released in movie theaters in the United States on July 26, 2013.