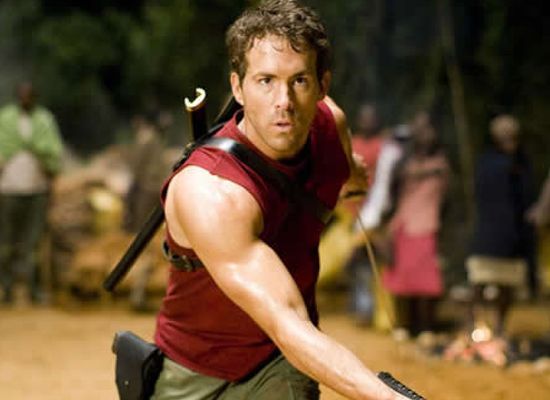 While PG-13 comic book movies have been all the rage at the box office over the last several years, R Rated comic book movies have found a more difficult environment. It seems with R Rated comic book movies viewers might be waiting for the Blu-Ray/DVD release. For instance, Dredd was a huge disappointment during its theatrical run, but it's done well enough on Blu-Ray/DVD that there's actually buzz of the possibility of a sequel. In a new interview with Yahoo, Ryan Reynolds spoke briefly about the status of an R Rated Deadpool movie, revealing that the project has actually taken some tiptoes forward in recent weeks. Reynolds said, "[In] its current iteration the movie's actually very small. There's minimal impact to the studio, which is the way we're kind of presenting it to them. We're saying 'Look, the budget is minimal. Therefore, can we do this the way it should be done?' Which unfortunately needs a Rated R [age certificate] or it needs those elements." Even though Reynolds admits the film is a risky property, he seemed optimistic about the possibility of it eventually getting made. "In the last couple of weeks, it's take a few very, very small tiptoes forward," said Reynolds. When pressed if the film would ever get made, Reynolds replied, "In our lifetime? Yeah, I think so. I think if I were a betting man it'll get made, eventually. I mean it's just been developed to high heaven. It has great people around it, so we'll see."