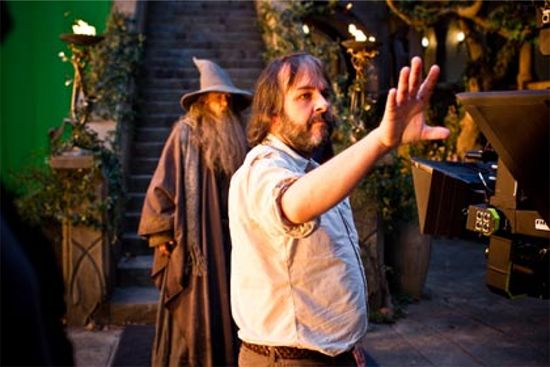 No, Peter Jackson is not in the running to direct Stars Wars, as far as we know. However, he did share some rather interesting feedback with MTV on his feelings about what George Lucas did with Star Wars and if he would ever take a similar path with The Hobbit. In regards to George Lucas selling the Star Wars franchise, Peter Jackson said, "I think it's a great thing for him to do. Obviously, if he had interest in doing it himself that's what we would all like to see, but I think it's better to have more Star Wars films than have no Star Wars films. And I think the fact that it introduces a fresh screenwriting and a fresh directing to it could be a very, very interesting development." As far as if he would ever follow a similar path with The Hobbit characters, Peter Jackson basically pointed out that it wasn't really up to him. Jackson said, "I think legally it would not happen at the moment, because the Tolkien estate don't like that sort of thing from occurring. They have an attitude against it. And I know that really the Lord of the Rings and The Hobbit, the rights to those books were sold by J.R.R. Tolkien in the late nineteen sixties, so he was at peace with the idea of the film being made of these books and that's essentially what's happened now. In terms of other Tolkien material that's still very much in the hands of the Tolkien estate, and they don't like the idea of films at all. So unless something changes there this will be the end of Middle Earth on film."