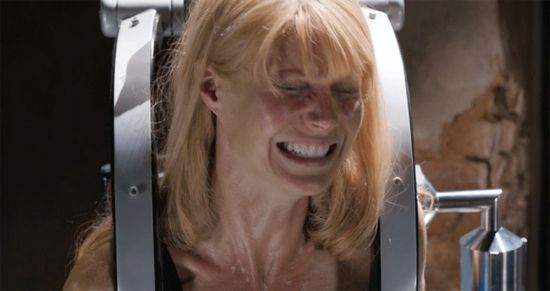 Iron Man 3 has been the most successful movie of the year so far and also one of the most controversial. While the film proved to be hit with general audiences, a certain twist in the movie did not sit well with some fanboys. In fact, until Man Of Steel came out, it looked like Iron Man 3 might be the most divisive comic book movie ever. While some praised the film as a huge improvement over Iron Man 2, others claimed that The Mandarin twist completely ruined the movie for them. Cinema Sins with the help of their viewers compiled a comprehensive video of everything wrong with Iron Man 3. In total, Cinema Sins counted 127 movie sins for Iron Man 3 and sentenced the film to "Trevor Slattery's Bathroom."

Everything Wrong With Iron Man 3