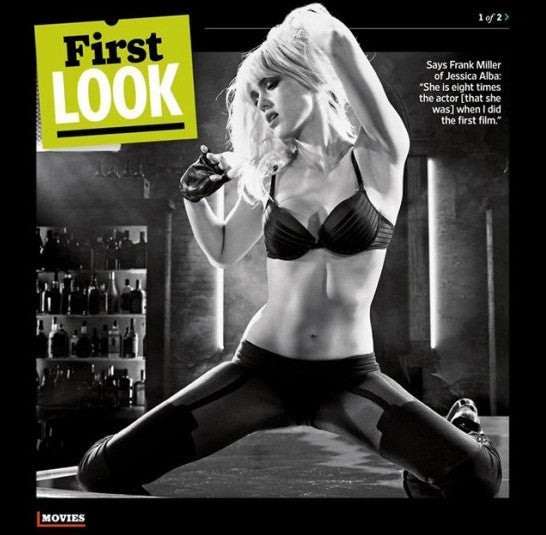 Courtesy of Entertainment Weekly, the Internet woke up this morning with a first look at Frank Miller's Sin City: A Dame to Kill For out there for all to see today. You can see the images, lifted from a digital copy of tomorrow's Entertainment Weekly print magazine, above and below. In addition to the first (non-green screen) production photos provided to fans and the press for the decade-in-the-making sequel directed by Frank Miller and Robert Rodriguez, the pair gave some commentary on both Jessica Alba's and Joseph Gordon-Levitt's character. Mickey Rourke's Marv also appears in the teaser images, but given the fact he's Marv, it seems as likely as anything else that he just hasn't changed any. "She's out for revenge," creator Frank Miller said of Jessica Alba's Nancy Callahan. "She is sick of being treated -- as she puts it -- 'as a piece of ass.'" "You see a little girl in that first film," Robert Rodriguez added. "By the end of this, she's the avenging angel." "He beat the wrong guy at poker," Rodriguez said of Joseph Gordon-Levitt's Johny, a character created for the movie. Miller called the role "completely new and fresh," and added that while her "superstar" status may have expired, Jessica Alba is "eight times the actor [that she was] when I did the first film." Frank Miller's Sin City: A Dame to Kill For will be in U.S. theaters on August 22 and stars Jessica Alba, Powers Boothe, Josh Brolin, Rosario Dawson, Joseph Gordon-Levitt, Eva Green, Dennis Haysbert, Stacy Keach, Jaime King, Ray Liotta, Jeremy Piven, Mickey Rourke and Bruce Willis. 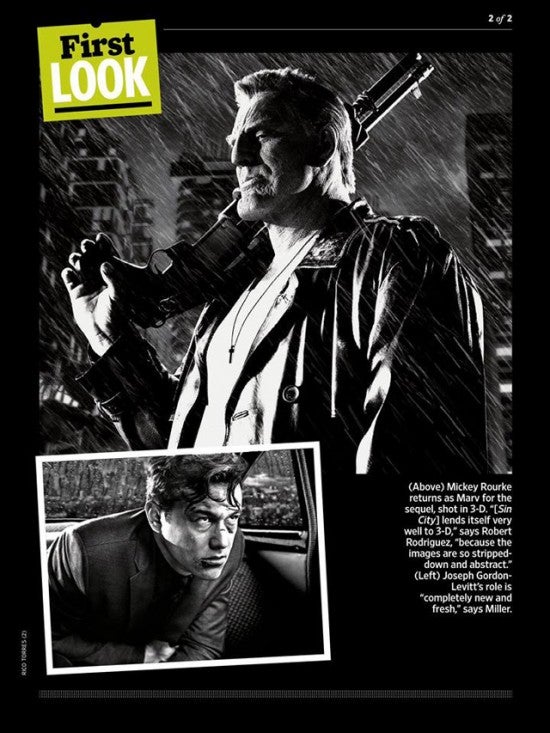 First Look at Sin City: A Dame to Kill For in Entertainment Weekly This Week