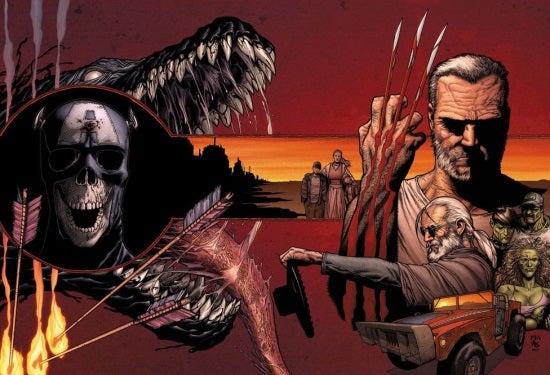 Hugh Jackman has been playing wolverine for 14 years, beginning with 2000's original X-Men film and making his latest appearance as the character in X-Men: Days of Future Past. Jackman has openly talked to the press about the fact that the torch will, sooner or later, need to be passed to a new actor. Well, it seems that it may be sooner after all. Speaking to SFX Magazine, Jackman said that he is currently in talks with Twentieth Century Fox about possibly returning for the third Wolverine solo movie. Jackman said that, if he does return, it will almost certainly be his final bow as Wolverine.

I don't know yet. We're talking it through. I still am very ambitious for the character. And tonally I feel like we corrected the ship with the last one. But I feel we can still go further, in a way. If I did another one I'm 99.9% sure it would be the last, so that will inform what it is for me.

So Wolverine 3 is likely the last we'll see of Jackman's Wolverine, meaning that the character will probably either be recast for or simply not a part of X-Men: Apocalypse. But what's in store for Wolverine 3? Jackman pointed to a certain story that they're looking at adapting right now.

Well, of course we're looking at Old Man Logan, because that may be the only option left at this point! [laughs] We are looking at a lot of different storylines. No one has jumped out. You can tell from my answer that we're still working it out.

If this is going to be Jackman's last run as Wolverine, there's hardly of a more appropriate story than Old Man Logan to make his last. X-Men: Days of Future Past comes to theaters May 23.