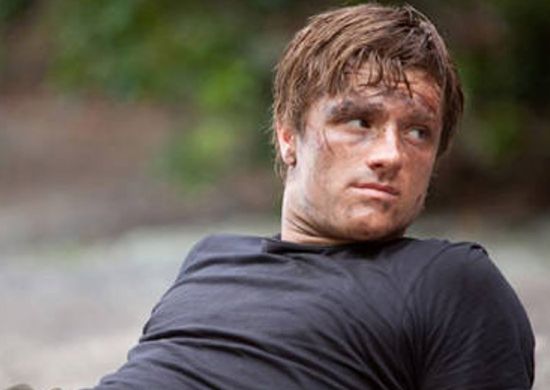 Now it's no big surprise that Hunger Games is getting a sequel, as to do three to four movies has been the plan from the start for Lionsgate. In fact, Lionsgate has already announced the release date of The Hunger Games: Catching Fire as November 22, 2013. In an interview with Ryan Seacrest on Z100, Josh Hutcherson, who plays Peeta in Hunger Games, revealed some news on the Hunger Games sequel. We're including a spoiler warning, but if you've read the Hunger Games books, it's probably not anything that you don't already know. Hutcherson said that screenwriter Simon Beaufoy has already begun working on the script for the sequel with director Gary Ross and Hunger Games writer Suzanne Collins. Hutcherson said, "They have a release date already of November of next year, so we're kind of working toward that date, so we'll probably start shooting end of summer, beginning of fall this year." When asked what the first thing would be that he would say to Gale when he sees him in the next movie, Hutcherson said, "It's weird because Gale and I really don't have interaction with one another. It's like an unspoken tension between the two of us, more or less." When asked about if he ignores Katniss in the second movie when they get back to the district, Hutcherson said, "Well, yeah, because there was just some confusion here, because what has happened is Peeta has confessed his real love for Katniss, and Katniss has played along with it, and Peeta finds out more or less that she's just doing it as a show, and that hurts. That's very heartbreaking."