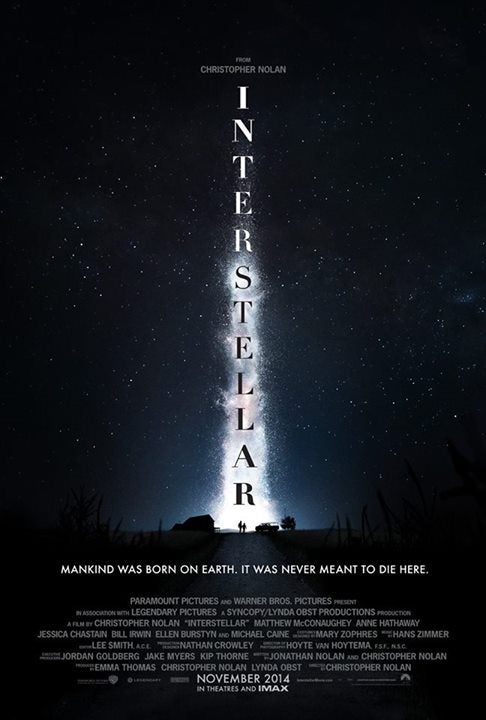 The first post for Interstellar, the new film from The Dark Knight director Christopher Nolan, has been released online. The poster features the same tagline as was reportedly seen in the trailer: "Mankind was born on Earth. It was never meant to die here." The trailer will be released nationwide with Godzilla on May 16. The plot of Interstellar has been kept secret, but it is said to deal with wormholes. The film is written by Christopher and Jonathan Nolan, from a treatment by theoretical physicist Kip Thorne and stars Matthew McConaughey, Anne Hathaway, Jessica Chastain, Bill Irwin, Ellen Burstyn, and Michael Caine. Interstellar comes to theaters November 7.