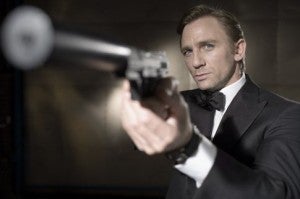 MGM's iteration of Ian Fleming's super-spy James Bond turned fifty this year, and will celebrate by making his first appearance at San Diego Comic-Con International this week. Would his approach to sequels work with comic book superheroes? Marvel may soon show us. With Robert Downey, Jr. hinting in Entertainment Weekly that there might not be much left in the tank for his portrayal of Tony Stark/Iron Man, it may be time for Marvel to start thinking about making some hard decisions. In all likelihood, we won't lose Downey anytime really soon (he's expressed a deep affection for the character and is reportedly getting a raise on his already-substantial salary for the second Avengers film), but that doesn't mean that sooner or later there won't be a need to jettison one or more of the big-name stars in these roles. If, for example, someone's big headlining movie flops but they've already been written into a team movie shortly thereafter, the studio might choose to distance itself from the flop by recasting the actor and redesigning the character or costume. It's already happened, to a smaller degree of course, with The Incredible Hulk, if you really think about it. So if the time comes that an actor can't, won't, or isn't asked to return, what then? It's not as simple as rebooting Batman or Spider-Man because the studio wants a fresh start, because so much of the appeal of the Marvel Cinematic Universe is tied up in the interconnectedness of the films. Replacing an actor will have ramifications not only in his or her own solo picture but in Avengers movies and other such team-up flicks as well. 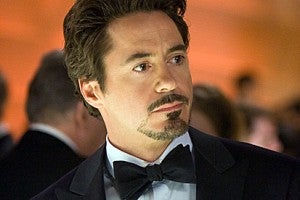 What's worked for Bond over the years is to literally just plug a new actor into the old continuity, give a slight wink and a nod to the fact that, yes, this is the same universe, and then move on. They've often carried over other performers who would then serve as a lynchpin for the universe and give context that, yes, it's clearly the same, un-rebooted story. It's not entirely unlike what some fans have suggested should have happened with The Amazing Spider-Man: rather than reboot so soon, a number of people have claimed that the movie would have been just as well-served to carry on the story from the fan-favorite Sam Raimi films, only with a different actor. There's nothing to say you can't change your visual style and all that, as well. Even within a franchise, it's no longer unheard of to have a number of different voices. Look at the Harry Potter series, where each individual film has a distinct voice and look, in spite of being the same actors playing the same characters in the same continuity. Those films are widely considered to be cinematic triumphs, and made boatloads of moneyt o boot. Even the recent Bond films, which take place early in Bond's career and have been widely considered prequels or reboots, have never done anything to indicate they aren't part of the same larger Bond "universe." And if they had, the self-contained nature of each film--interconnected by tiny threads but really produced as their own standalone piece--would have made the conflicts easy to ignore. Provided the films are all good and all feel true to the characters, there's really no reason that different looks and tones can't exist in the same universe. After all, it's practically a golden rule of comics. Frank Miller's Batman, Jim Aparo's Batman and the Batman from Ed McGuinness' decidedly-brighter Superman/Batman run all existed in the same DC Universe. Even assuming everyone stays happy, the movies continue to be good and make money, there will eventually be the Sean Connery factor. One day, no matter how well you embody the character, you will need to retire from it. Whether it's at the actor's or the studio's discretion, the chances are good that--just like Dan Jurgens and Louise Simonson being retired from Superman comics after a decade at the helm--even the best actors will eventually stop playing the same character. It's not about good or bad, and it's not even about whether the director of the studio might want that actor to stay: it's about the fact that, like in the comics, these characters are valuable intellectual properties that must be kept up for a period of time that's longer than the average action star's career. Given the very physical nature of superhero films, it's unlikely that actors in their late '50s will be comfortable doing what's necessary to keep themselves in those tights. Downey, actually, is probably in the best shape of all the Marvel heroes in that regard since he's got a metal shell between him and the camera, and no skintight outfit that forces him to spend 20 hours per day in the gym. What do you think? If Scarlett Johansson were to be pregnant when it came time to shoot Avengers 2, would you rather see Black Widow recast or removed from the film? And Widow is a second-stringer compared to Captain America and Iron Man. What about those guys?