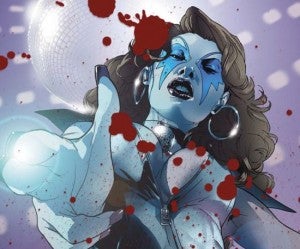 X-Men Days Of Future Past director Bryan Singer has just announced that Lady Gaga has been cast as Dazzler in X-Men Days Of Future Past. With this being April Fool's Day, many are assuming it is a joke. However, it's one of those things that sounds just possible enough that many are wondering whether to take him seriously or not. Bryan Singer tweeted, "I can finally announce @ladygaga is joining #XMen #DaysofFuturePast as Dazzler. One of my all-time favorite characters. Can't wait!" The one thing that is really confusing people is that Bryan Singer included Lady Gaga on the tweet. If it was a joke, would he have included her? If there was going to be a day to announce a Lady Gaga casting, April Fool's Day would certainly be the day. If it is an April Fool's Day joke, he's also managed to trick one of the most reliable entertainment sites around, because Variety is reporting it as if it's a serious casting announcement. Update: Variety has now pulled their article, and Marc Graser, one of their reporters tweeted that Lady Gaga's agency has confirmed that it was an April Fool's Day joke.

Lady Gaga Cast As Dazzler In X-Men Days Of Future Past?