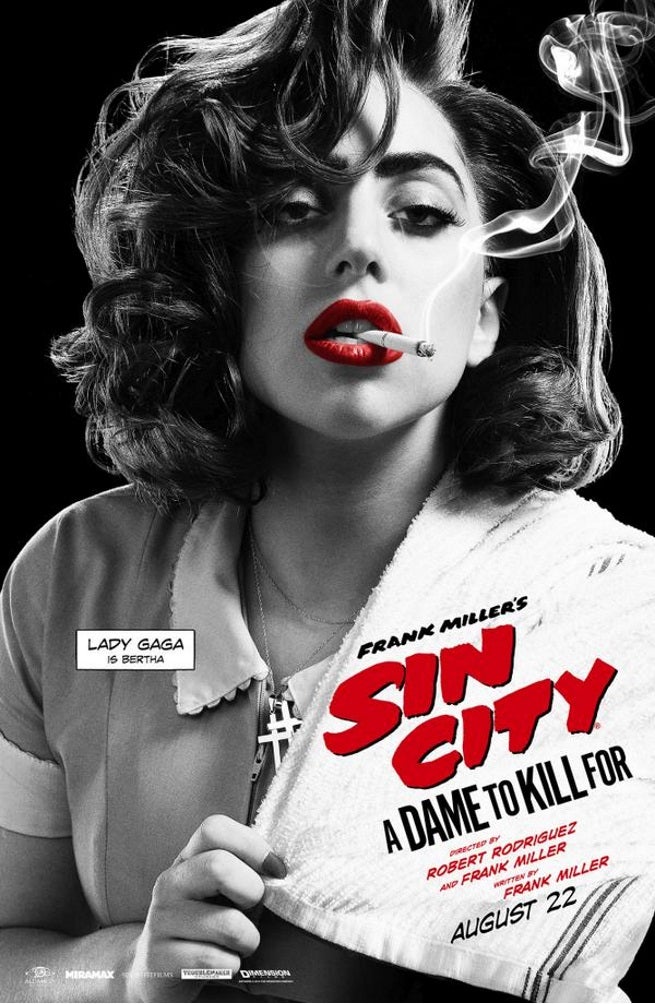 Director Robert Rodriguez has released a new poster for Sin City: A Dame to Kill For, featuring Lady Gaga as Bertha.

Bertha is a waitress as diner in Basin City, and what seems like a pretty subdued part for a Lady Gaga, a pop star known for spectacle.

Co-directors Robert Rodriguez and Frank Miller reunite to bring Miller's visually stunning Sin City graphic novels back to the screen in Sin City: A Day to Kill For. Weaving together two of Miller's classic stories with new tales, the town's most hard boiled citizens cross paths with some of its more notorious inhabitants.

Sin City: A Dame to Kill For opens in theaters today, August 22.