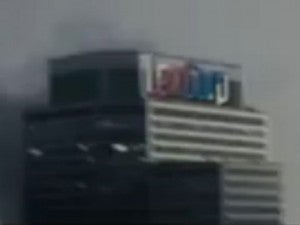 Given how much ComicBook.com and other sites have discussed the Easter eggs and DC Universe references in the world of Zack Snyder's Man of Steel, we thought it was interesting that during a recent interview with concept artist Peter Rubin (who designed, among other things, the rocket that sent baby Kal-El to Earth), he revealed to us that his boss--production designer Alex McDowell--seemed opposed to them on principle. Rubin, who will be presenting at San Diego Comic Con International in two weeks along with other members of the Art Director's Guild, told us that his boss nixed the idea of naming streets and businesses in Smallville after comic book artists, actors involved with previous screen iterations or other recognizable names because he felt that it would take the viewers out of the experience and shatter the "reality" of the world they were trying to build. Of course, a lot of that happened anyway--references to the TV series Smallville, the comics and more were seen not just in Smallville but all over the film, including some pretty flagrant ones like Wayne Enterprises and Batman references, and a huge, obvious LexCorp logo in a few different shots (although that might not quite count). We'll have a full Q&A with Rubin for you tomorrow, but this bit seemed pretty interesting, considering how the film eventually came out.

ComicBook.com: With that film, too, I would say that there was a nice cross-section of influences. Did you look to the comics a lot or is that us projecting? Peter Rubin: The answer is yes. We were all looking at comic book stuff. I was sort of a conduit for a lot of that for Alex because I was more familiar with it than he was initially. So I was able to help him pull a lot of stuff from the comics. It wasn't so much that I had a whole library in my head, it was more that I knew where to look to find the information that he wanted. We dug through some interesting stuff—the maps of Smallville that have been drawn over the years, the names of various stores in Smallville. The history of Krypton as it's been recorded in the comics and some of the locations of Metropolis in the United States and how that relates to Gotham City for instance. There's lots of stuff that we looked up that wasn't necessarily reflected explicitly in the film but gave us the grounding that was very useful. At the same time we were trying to invent something that was very very different from anything people had seen before whether in the comics or in the films. 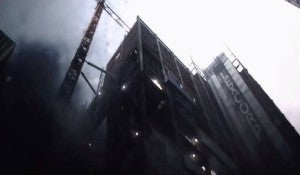 ComicBook.com: I know that Scott Snyder had said it was the art guys who had stuck in many of the Easter eggs and stuff. Was that on your end, then, or in post-production? Rubin: I would say that any of that that came out of artists came most likely from the visual effects team. They were the ones that would have had the opportunity to create textures and put things into the composites and the final shots. We were doing upfront designs. Alex I think is not a big fan of Easter eggs. He fears that they will take the viewer out of the immediate experience and I had suggested putting in—in places in Smallville for instance when there were some names that hadn't been pre-determined by the comic books that we had opportunities to create business names and signage and stuff like that, and I said, "Well, do you want to do the names of people who worked on the comics, do you want to do names of people who worked on the films, do you want to throw some of our names in there, do you want to play with this?" He said absolutely not. He wanted to allow the viewer to immerse himself in our world and not be taken out of it at all by throwing in recognizable names. ComicBook.com: Which is kind of funny when you consider the quantity of coverage that it's been getting—there was actually someone looking to avoid that is interesting. Rubin: There's a lot in there. There's a big sort of separation between pre-production and post-production. There's a lot of time that goes by between the time that we're doing our designs and our work which was from like 2010 through late 2011 to the time the digital effects would be finishing up and all of these little details were being thrown in there. It's two years gone by.