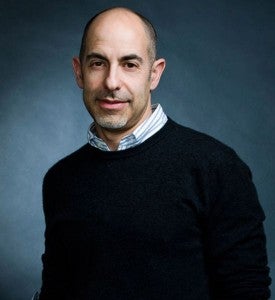 While superhero movies have become all the rage at the box office, they have not proven as popular at the Academy Awards. Even though the Oscars expanded the number of nominees for Best Picture after complaints that films like The Dark Knight were being overlooked, the Academy still has never nominated a superhero film for Best Picture.

David S. Goyer, who was a writer on Nolan's Dark Knight Trilogy and the upcoming Man Of Steel, recently gave his opinion on where the superhero genre might be headed. In an interview with Jewish Journal, David S. Goyer was asked if he thought superhero movies were still lumped into a genre that doesn't get much respect.

David S. Goyer replied, "It definitely doesn't. I do think it's getting progressively better; in film terms it's a relatively new genre, and I think eventually you will see a superhero film win best picture [at the Oscars]. But it just goes back to people feeling like you can't take comic books seriously, that they're just for kids. There was also a bias against Western movies when they started, and against musicals as well."

David S. Goyer continued, "But what the superhero genre allows you to do is, they're sort of like our modern Greek myths; they're aspirational, like the 'Just So' stories. And speaking for my own kids, it's the easiest way to, in a very primitive way, start to instill morals. At my house we talk about, 'Well, Superman wouldn't do that; he wouldn't push his little brother.' And it's very instructional and certainly one of the ways that I got some of my earliest moral teachings. I remember talking about Spider-Man and his [perspective] that with great power comes great responsibility, and that made a big impression on me."

With the third trailer for Man Of Steel winning high praise from both fans and critics, could it be the Man Of Steel itself which helps David S. Goyer's prophecy come true?