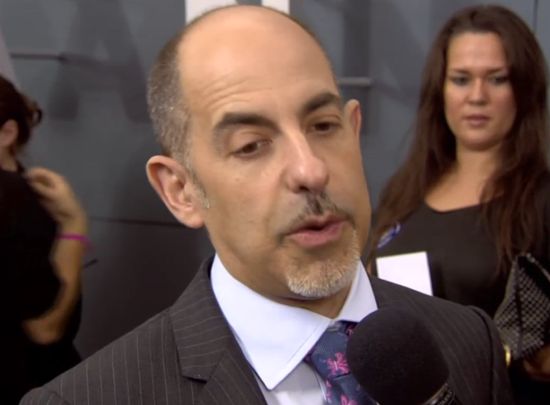 David S. Goyer, the main credited writer on The Dark Knight Trilogy and Man of Steel, has signed a three-year, first-look deal at Warner Bros. that will see him effectively exclusive to the studio for any new projects between now and 2016 or 2017. Deadline reports that Goyer's Phantom Four shingle will kick off the deal with "an untitled Hitchockian thriller with a grounded sci-fi element that Doug Jung is writing as a potential directing vehicle for Goyer." "I was perfectly happy not having a deal, and just financed the overhead myself," Goyer said of his time working on DC Entertainment properties. "Warner Bros graciously offered me a deal and they've provided the lion's share of my employment over the last decade, so what the hell?" "Aside from me helping the studio break story on some of their properties and them supporting me as a director, we want to find other projects in an area I could call elevated genre, and this first project falls neatly into the category," the writer/producer added. "I've found TV to be a more collaborative medium for writers than film, and there is a ton of terrific writers working in network TV and basic cable right now. Part of the intent of this deal is to tap that stable of writers and bring them into the feature world as well." Goyer, who is widely rumored to be developing a Justice League movie to follow Batman vs. Superman, currently produces Da Vinci's Demons for Starz; that series will not be impacted.