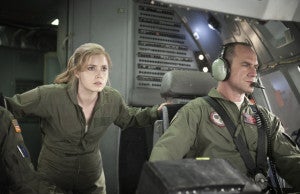 star Christopher Meloni, appearing earlier today on HuffPost Live, told the hosts that he imagines Man of Steel will set the standard for big, tentpole action movies going forward. "I think when people go see the movie they're really going to have an experience of, 'Oh, this is the new way films will be made.' They really pulled out all the stops in terms of computer stuff and the story's beautiful and Zack Snyder who directed, he did a fantastic job. Henry Cavill's Superman is fantastic." He also answered some questions from fans and talked about the differences between TV and film acting.

Man of Steel's Christopher Meloni: "The New Way Films Will Be Made"