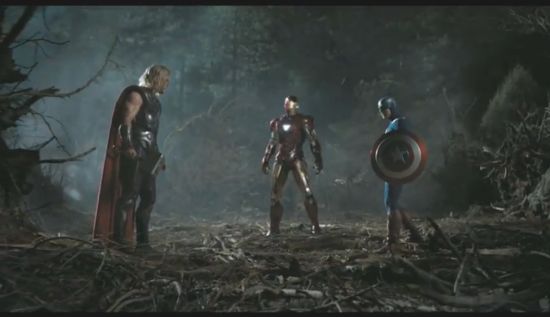 5. The Avengers In The Woods 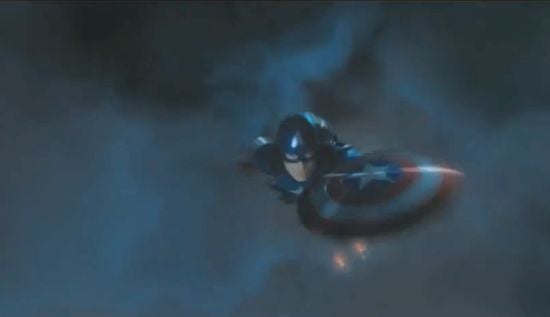 – In the Super Bowl trailer, we picked Hawkeye falling backwards as a great scene, so it's only fair that we would call out Captain America falling forwards in this new trailer. The word is that Captain America has just jumped out of the Quinjet, and he's in free fall mode before pulling his parachute. 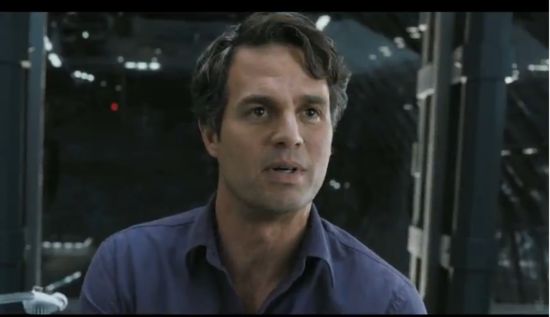 – Mark Ruffalo proves that Robert Downey Jr. is not the only one with great lines in The Avengers movie. This will likely go down right along with "We Have A Hulk!" as one of the best and most often repeated quotes from the movie. 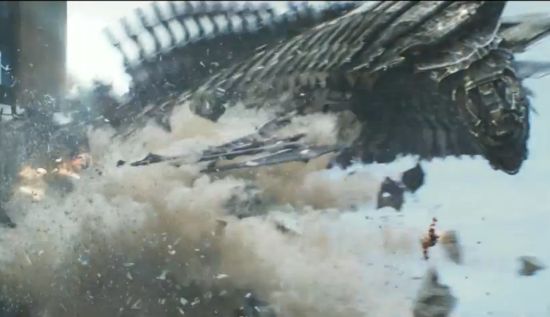 – Iron Man tells the other Avengers that he's bringing the party to them and does he ever. As Iron Man whips out from behind a building, a creature or spaceship that is rumored to have been called the Leviathan in the script is in hot pursuit. We're not sure if the Leviathan is Fin Fang Foom, the Midgard Serpent, or something else entirely. What we are sure of is that whatever it is looks awesome! 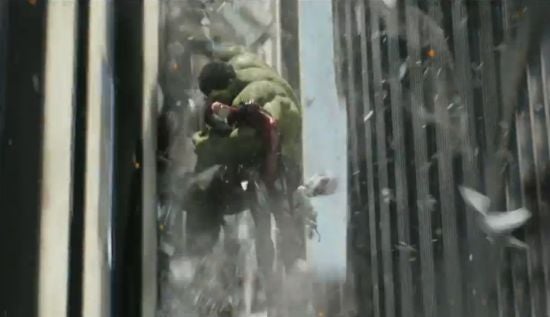 – In a scene that looks like it lept right off the comic book pages, a leaping Hulk catches a falling Iron Man. This had to be an incredible difficult scene for filmmakers to pull off without it looking fake, but they succeeded, and it looks epic.