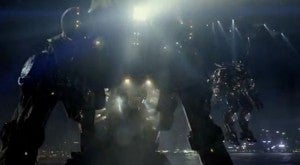 I couldn't have been more than five. My memory is for crap though, and I often pin down all dates as when I was five. But trust me, this time I mean it. I was five. Had to be. My father had me wandering around with him as a convention, just walking the floor of an old science fiction con. It was late. I was tired. And then I saw it. The SDF-1. Here was this toy--it wasn't a Transformer or anything, those would come later. No, it was a battleship and then it became a robot and that blew every last circuit in my brain. A year or two later a show came on TV. Battle of the Planets. I would demand to watch it before I had to go to kindergarten or school and wrap an afghan around my neck to be a cape. Science Ninjas became my new religion. There was a purity in it. 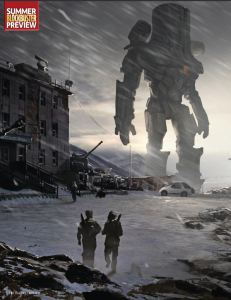 Years later I had to go to a friend's place, and they were asleep so their mother sat me in a room and turned on the TV and walked away. Neither of us knew she flipped on a Robotech marathon. I started to form links. The SDF-1. Science Ninja. Rick Hunter. All of it. One big whirlpool. Director Guillermo del Toro grew up the same, I think. Except steeped deeper, and left to brew. Pacific Rim is a cartoon brought to life. It is a joyous love letter to the anime and manga of the '70s and '80s. Just don't make the mistake of thinking that love only goes as deep as giant robots fighting kaiju monsters. It goes to the core. The casting was so specific you could see the artist he had in mind to draw each character. A lantern jaw here, a pair of glasses and head shape there, and the whole thing gelled. Every line, each character's arc was all taken from the same playbook. Each choice was so carefully considered I laughed at a few moments of visual and casting, getting an echo where he shifted a reference to make it his own. Does that make for a movie that is deep, surprising, or rewarding on multiple levels? Nope. But it does make for a big summer blockbuster with so much love you can feel it in every frame. This is what Michael Bay wants to do and fails at, because Pacific Rim never once tries to be anything other than exactly what it is. And it revels in what it is, sloshes around in it and reminds you that it is more than all right to love it right back. You need to understand, this is the sort of film you watch as a 12 year old. It's easily the most fun movie I've seen in a year or so. But it may not be your movie, unless you share a love of that type of cartoon. If, for you, that inner child doesn't speak up enough you could end up shaking your head at the totally silly logical issues that pepper the script like so much broken glass. They do. I won't lie to you. But watching that film for me was holding the SDF-1. It was watching a VF-1 Valkyrie transform to Battleoid mode the first time. I don't like del Toro a lot. I feel a disconnect in his films, often. A distance between story and visual art. His visuals stun me but the rest leaves me cold. But Pacific Rim pulled that back in and I could hear him laughing as he got away with another scene. For two hours and change I sat in a theatre and was a kid, discovering a bigger, insane, world again. All I can say is that I sincerely hope that happens to you, too, if you choose to see this. Adam P. Knave is an Eisner and Harvey writer and editor who has written fiction (STRANGE ANGEL, STAYS CRUNCHY IN MILK), comics (AMELIA COLE, ARTFUL DAGGERS, ACTION CATS, and more) and columns for sites such as threeifbyspace , PopCultureShock and MamaPop. He can be found online at adampknave.com and you can follow him on twitter @adampknave

Pacific Rim Review: A Joyous Love Letter To The Anime And Manga Of The 70s And 80s