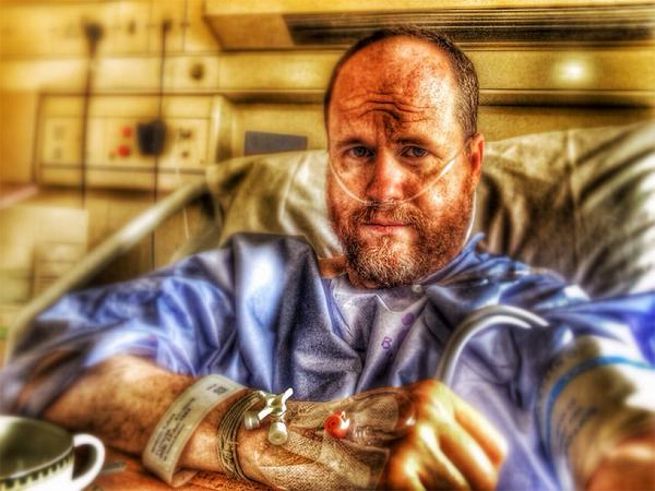 During the Avengers: Age of Ultron segment of the Marvel Studios panel at 2014 San Diego Comic-Con International, there was a big name notable absent. (Actually, there were two big names notable absent, but it was already kind of expected that Scarlett Johansson wouldn't be there, since she is soon expecting a baby.)

During the panel, Feige explained, "Joss is not here. Joss is laid up in bed in London. He had knee surgery last Saturday, and it was only after that surgery that the doctor told him, 'You should not fly, because you will get all sorts of horrible ailments.' He's tweeting some things about it right now. I think all of you should sort of wish him well to get well very, very soon. Look at the pictures he's put on. They're very pathetic. They're very sad."

In the first photo posted on Twitter, a bruised, battered and dirty Joss Whedon wrote, "SAN DIEGO!!! ARE YOU READY TO PAAAAARRTAY?!?!?!?! Then don't have knee surgery." We're hoping that Whedon added a little special effects magic to the photo, because otherwise we're worried about the sanitary conditions of London hospitals. 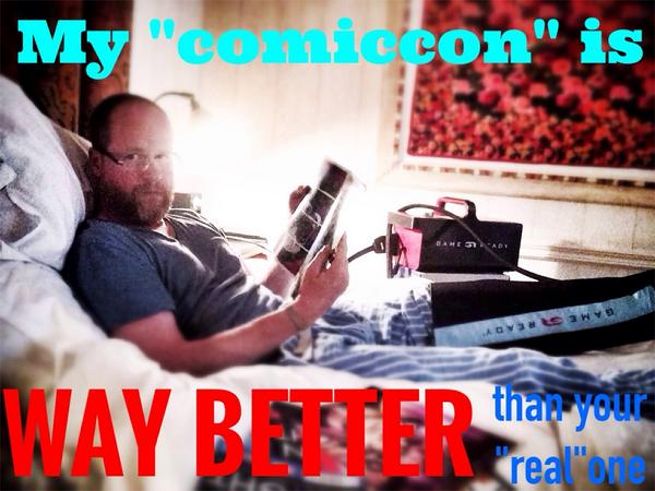 In the second photo, Whedon is reading a comic book in the hospital while he recuperates. The caption on the photo states, "My comiccon is way better than your real one."