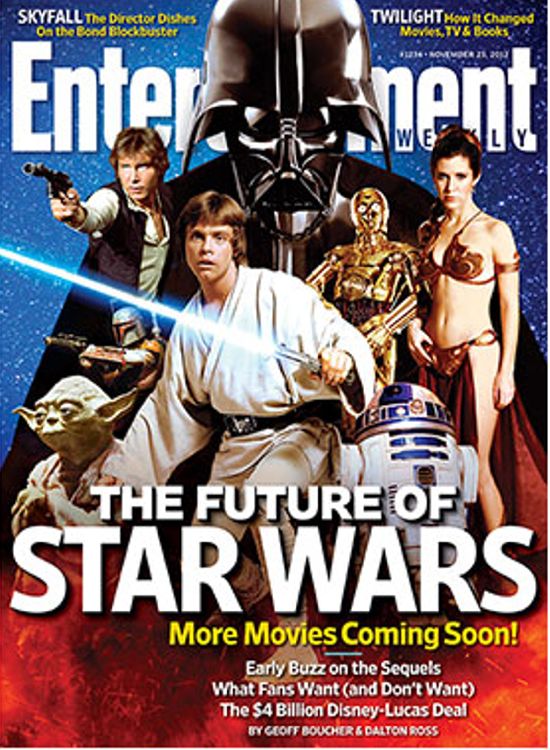 While The Twilight Saga: Breaking Dawn Part 2 might be the big news at the box office this weekend, Entertainment Weekly is covering the future of Star Wars in this week's edition. Ever since Disney announced they were acquiring Lucasfilm for $4.05 billion and planned to release more Star Wars movies, there's been non-stop speculation about Star Wars Episode VII in the entertainment industry. Last week's hit Skyfall and this week's hit Twilight are regulated to two small blurbs at the top of the EW cover, while the overall EW cover puts the original cast of Star Wars front and center as the main focus. The issue promises an inside report on the future of the Star Wars franchise, as well as EW's advice about the path Disney should take. Also, the issue will include A-List filmmakers giving their two cents on the whole Star Wars announcement, as everyone seems to have an opinion.