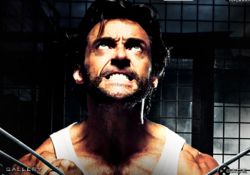 It's like something out of a comic book, but unfortunately it's all too real. Just days before X-Men Origins: Wolverine was to have its Mexican premiere in Mexico City, Twentieth Century Fox has decided to delay the film's premiere due to the swine flu outbreak. The very name swine flu conjures up thoughts of something unleashed by a diabolical menace. However, there is no super-villain behind swine flu, rather it is just a frightening new mutation of the flu. In the irony of all ironies, a mutant flu with potentially deadly consequences is foiling the Mexican premiere date of a movie featuring the world's deadliest mutant. X-Men Origins: Wolverine was scheduled to premiere in Mexico City, Mexico on Wednesday, April 29. It was rumored that Hugh Jackman himself would be on hand for the Mexico City premiere. However, a rep for Twentieth Century Fox told People magazine that out of concern for Hugh Jackman's health, as well as the health of all their office staff, they decided to postpone the Mexican premiere. The delay makes sense because the Mexican government has asked for residents to stay home as much as possible during the swine flu outbreak. Many schools and theaters across Mexico have shut down, and it is believed the virus has killed over a 100 people in Mexico. X-Men Origins: Wolverine is still set to premiere in wide release in the United States on Friday, May 1.