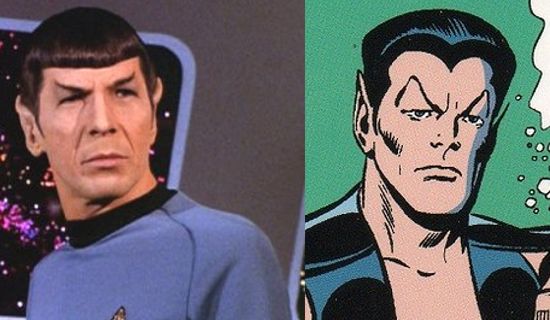 Joss Whedon is at SXSW, and he participated in a question and answer session moderated by Entertainment Weekly's Adam B. Vary. Whedon talked about a variety of his different projects, but he didn't reveal anything significantly new about the Avengers. Or did he? Most reports about the "A Conversation with Joss Whedon" panel are keying in on the fact that Whedon denied that the Loki's army was either the Skrulls or Kree. However, Marvel Studios President of Production Kevin Feige had already previously said as much. Feige had told Empire Magazine, "It's not the Skrulls, I've been clear about that." Feige also added, "We're not setting up the Kree-Skrull war or anything like that." By telling the crowd at SXSW, "I will say only this: It is not the Kree or the Skrulls" Whedon was only confirming what Feige had already said. However, the most revealing Avengers statement that Whedon made at SXSW might have been something that most people wrote off as a joke. Whedon said, "It's the Vulcans. I don't know a lot about the Marvel universe, and I thought there were Vulcans. I know we're going to get a lot of emails about that one." Of course, the Vulcans are from the Star Trek series, so the whole thing was just a joke, or was it? From some of the blurred images of Loki's army in the trailer, the aliens or whatever they are appear to have pointed ears, just like a Vulcan. Those pointed ears fit with the possibility of Skrulls, but since both Feige and Whedon have denied Skrulls, who else has pointed ears in the Marvel Universe? One answer is the Atlanteans. In fact, Prince Namor the Submariner looks like a spitting image of a Vulcan. If someone were going to get confused over if the Marvel Universe had Vulcans or not, then it would probably be over the Atlanteans. When pressed on the issue, Whedon added, "What's probably happening is that I just said something that Marvel didn't want me to. It's weird to be fired so late!" Now, since Feige had already basically said the aliens weren't Skrull or Kree, then what was Whedon meaning about saying something Marvel didn't want him to say. Could he have been referring to the Vulcan joke which could be interpreted as a hint at Atlanteans? Another thing, during Feige's Empire Magazine interview, he also made the comment, "Who said they were aliens?" Judging from the Lego sets that show Loki's army, it definitely looks like it could be Atlanteans, who aren't aliens.