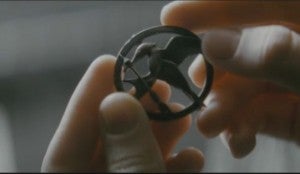 's Wes Chatham and Cast Away's Elden Henson have been cast in The Hunger Games: Mockingjay Parts 1&2, Lionsgate has announced. Chatham will play Castor and Elden will be Pollux; the pair are brothers who are members of a camera crew. Based on Suzanne Collins' third and final Hunger Games novel, the Mockingjay films will be the third and fourth installments of Katniss Everdeen's journey from anonymity to revolutionary. Jennifer Lawrence plays Everdeen, with co-stars like Julianne Moore and Liam Hemsworth also featured in the films.