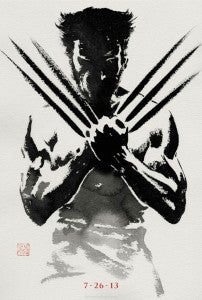 With the press officially greenlit to release some of their embargoed interviews from on the set of James Mangold's The Wolverine, expect to see a lot more from the film as its July release date creeps forward. Some of the most consistent messages being sent by star Hugh Jackman are that the film is the first time he feels they've ever truly got to the core of the character of Wolverine--and that its fidelity to the Chris Claremont/Frank Miller source material is an important component to the film. Fidelity, though, doesn't mean being a slave to the source material, and Mangold has made some changes where he felt they were needed. Some of those changes, visible in trailers and interviews, have predictably been picked up on and complained about by comics fans defensive of the beloved originals. "I don't know if all you guys know the original comic book series. It's not just one. There are reasons we've had to change it, which I don't want to give away. There's definitely a lot of similarities. More similarities than differences," Jackman explained to Collider. "But for the purpose of story in the film and not a more rambling arc that goes on, it has been changed. The fans will definitely be excited by it. They will definitely see more similarities than not. In terms of refining the script, I think one of the keys to me in signing on to this movie was that we had a very strong idea and we had a strong approach to the story. That we really went from something new and different, and the moment the studio agreed to call it The Wolverine, I was just thrilled, rather than saying Wolverine 2. This is a standalone movie. This is set in a different time. It's fairly after X-Men Origins, we're in a different location with Jim Mangold, who's a terrific director, we have a visual style that is different from all the other X-Men movies. I think it's going to feel very fresh. What Chris McQuarrie did with it, which I don't know if many of you know, was also involved with X-Men 1, not credited in the end, he had very strong ideas and a lot of that is there. Things were refined, but that's because of time."

The Wolverine: Hugh Jackman Defends Changes to the Comics