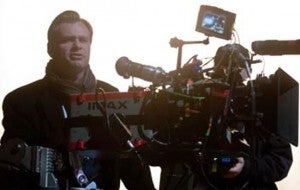 Paramount Pictures announced last night at CinemaCon that Transformers 4, Christopher Nolan's Interstellar and three additional Paramount films yet to be named will be filmed and released in the IMAX format. The large-format filming process has become a favorite for Nolan and a great profit center for big-budget movies (who, like Star Trek Into Darkness, often release a day early in IMAX). "IMAX is among the greatest ways to experience a movie," said Rob Moore, Vice Chairman of Paramount Pictures. "That fact, together with our combined successes over the years, the growth of the IMAX brand around the world, and our continued partnership with Rich, Greg and everyone at IMAX make this agreement a natural extension of an already hugely successful relationship. Working with today's top filmmakers, we look forward to bringing audiences the most exciting new movies with the very best presentation for years to come." "We're excited to build on our longtime partnership with Paramount Pictures, which has been fantastic at incorporating IMAX differentiation and providing moviegoers with the best way to experience the biggest movies," said Richard L. Gelfond, CEO of IMAX. "This agreement furthers our strategy of anchoring our slate with blockbuster films by today's leading directors." "IMAX continues to have a deep appreciation for the consistently innovative Paramount Pictures team as well as these incredible filmmakers, who are among the most talented directors working in the industry," said Greg Foster, Chairman and President of IMAX Entertainment. "We're thrilled and honored to once again team up with our longtime partners Christopher Nolan and Michael Bay. We can't wait to showcase their vision to IMAX fans around the world."

Transformers 4, Interstellar Being Shot and Released in IMAX