These are unused (first 2 images below) and final designs for the new Iron Man Mark 45 armor worn by Tony Stark (Robert Downey Jr.) during the the Battle of Sokovia.

"A much more complex, organic and anatomical approach than previous designs," Saunders wrote on his Facebook page.

The forty-fifth Iron Man armor is the first hexagonal outline design for its Chest Repulsor Transmitter and the female artificial intelligence A.I. Friday. 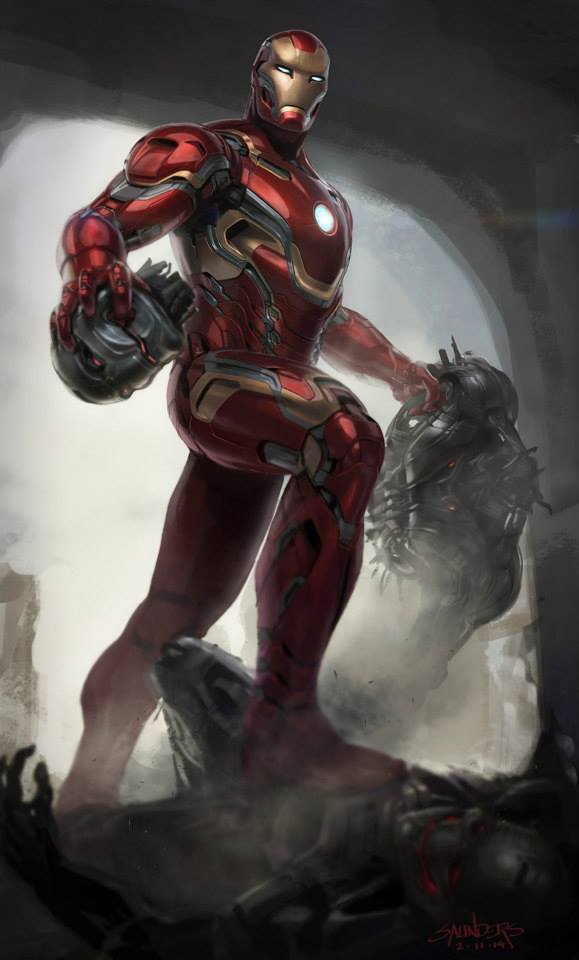 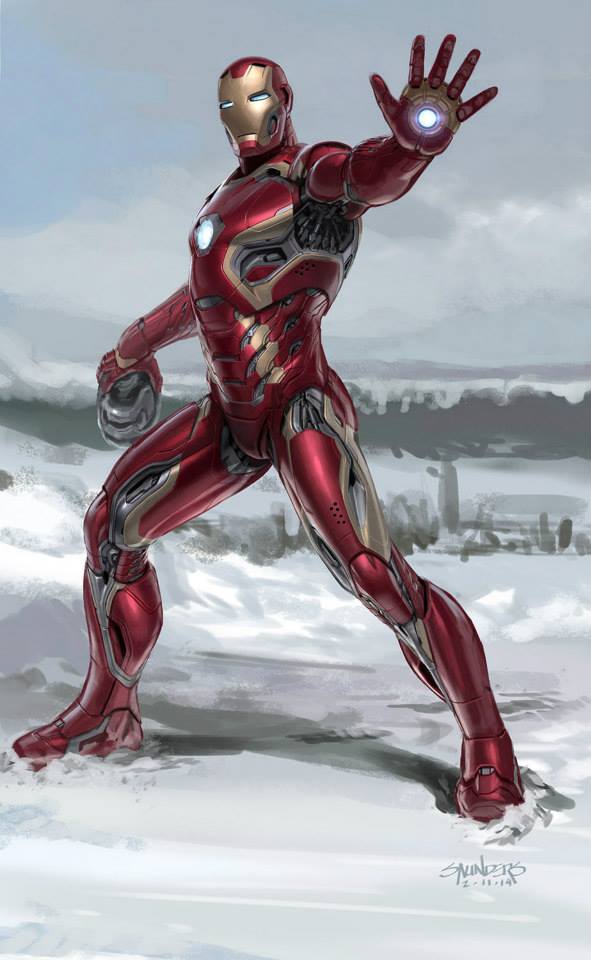 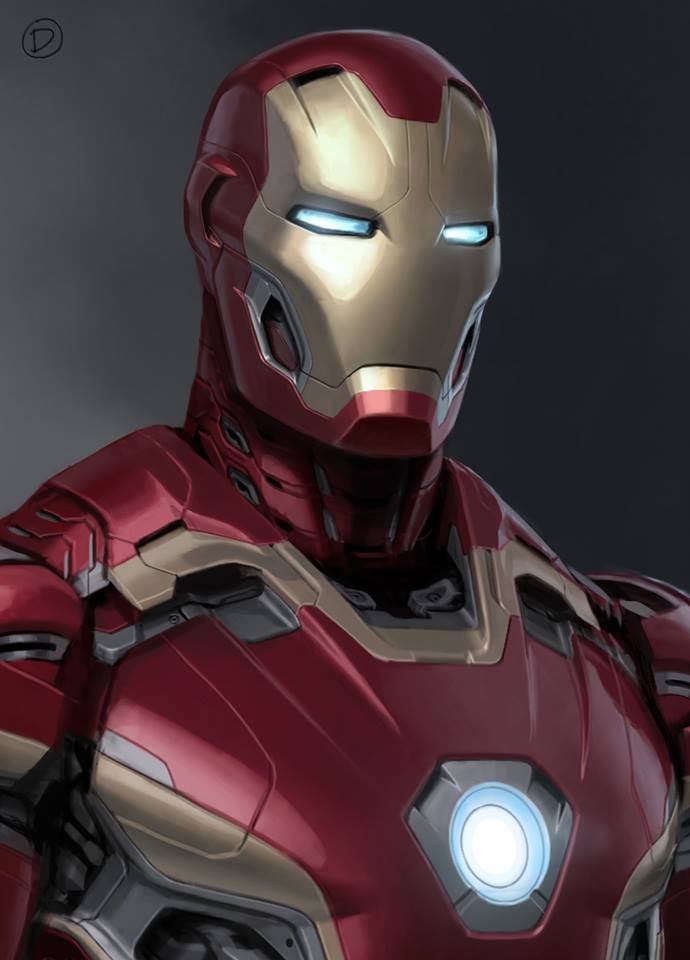