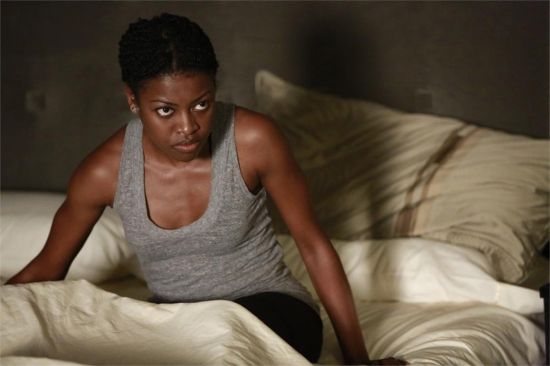 You'd think that just about everyone had seen Marvel's The Avengers--which grossed over $1.3 billion worldwide and became one of the top-selling DVD/Blu-rays in years.

Not so for Pascale Armand, the theater actress who has a featured guest role on tonight's episode of Marvel's Agents of S.H.I.E.L.D., which of course takes place following the events of The Avengers and in a world dramatically changed by that film. Part of Armand's preparation for the part, she admitted, was watching The Avengers so that she was up on the story. 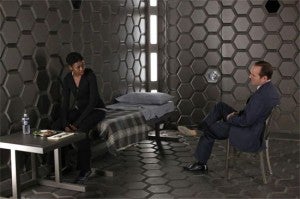 "I wasn’t given the script until the evening before I left for Los Angeles, California," the actress told Lo Spazio Bianco. "I read the script for my episode on the plane ride. I made some preliminary decisions about Akela and her relationship with Agent Coulson, but wanted to wait until I met with Roxann Dawson [the director] and Clark Gregg to be definitive about what I was thinking. I watched The Avengers movie (I hadn’t seen it before) and took some classes at a gym not too far from my hotel in order to prepare for my fighting scene with Ming-Na Wen!"

She added that she had a great time with both Gregg ("His professionalism is all encompassing") and Wen ("It was great to finally meet Ming-Na! I have seen so much of her work") and that doing Agents of S.H.I.E.L.D. gave her an opportunity to explore a very different side of her craft than she's used to--she had to be walked through the CG elements of the show, for instance, since she had no experience with that kind of thing and couldn't quite tell what she was looking at.