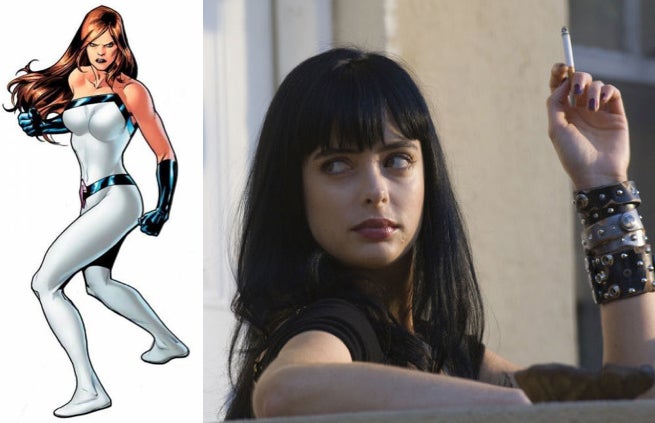 While many assumed that AKA Jessica Jones, Marvel's Netflix followup to Daredevil, would debut sometime this year, a 2015 release date may no longer be an absolute guarantee.

Doubts arose yesterday when USA Today ran an article about Netflix's original programming plans for 2015. When the article discussed Netflix's partnership with Marvel, it said that Netflix planned to release each Marvel series roughly a year apart from each other. And with Daredevil announced to premiere this April, that timetable looked like it wouldn't have room for AKA Jessica Jones in 2015. This contradicted most previous reports, which all-but-promised that AKA Jessica Jones would drop sometime this year.

IGN was able to follow up on the conflicting stories at yesterday's Television Critics Association's press tour, where they caught up with Netflix's Chief Content Officer Ted Sarandos. When asked when fans could expect AKA Jessica Jones and the rest of Netflix's Marvel Studios slate, he had this to say:

"You should think of it about as roughly a year. Some will roll in as early as eight months and others in 15 months apart, and basically what it is is we're not trying to meet a fall programming schedule or trying to hit a grid number, so really we want to give the shows enough time."

Sarandos added that production hasn't begun on AKA Jessica Jones yet, and that Netflix will give it the time needed to create a high-quality series.

"[A] lot happens from the first day on the set to the last day of production…so I don't want to set up a rigid timetable and deliver a show every eight months or every twelve months, but you should expect them about a year apart," he said.

So depending on how long it takes AKA Jessica Jones' team to produce a satisfying show, it looks like the earliest it would debut is late 2015, with 2016 becoming an increasingly possible reality.

AKA Jessica Jones May Not Premiere In 2015